A little while ago I bought a Zoostorm PC from Ebuyer. It’s a farily basic (but powerful) i7 based system with 8GB RAM and a 1TB hard disk. This is to replace my older (but still fully working) Mesh PC. The newer one is more power efficient, quieter, a lot faster, and all Intel inside - the previous desktop was nVidia based.

I wanted to migrate from the install on my old Mesh PC to a new clean install on the Zoostorm. I could have just yanked the disk out of the Mesh and put it in the Zoostorm, but I did it slightly differently. I’m typing it up here for my own notes but also to find out how other people do it, and to get any tips.

So the goal was to have a clean install of Ubuntu Precise (which will become 12.04 LTS in April) and keep all my existing files and folders intact. I wanted to keep all my home files but didn’t want to keep the applications I had built up over several install/upgrades on that machine. Time for a fresh start.

The old Mesh has a single 120GB SSD and the Zoostorm has a 1TB Hard disk and I added a 120GB SSD to that too. My idea was to do a clean install on the Zoostorm SSD, and use the 1TB hard disk for my /home directory. That way I get the super zippy performance of an SSD for loading apps, but the slow(er) hard disk for loading my files. I’m happy with this tradeoff in speed/capacity.

Here’s the steps I went through.

I think that’s about it. I now have all my personal stuff, work, config on the new computer, and can consider things to do with the old one. I think I might install GameOS on it until Valve get around to porting Steam (and all the games) to Linux. :D 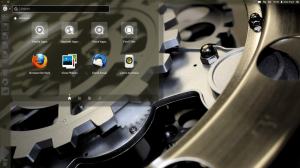 Hope that’s useful to someone, and if you have any comments, do let me know.