The trick: Read the manual.

I pay for 100Mb/s downstream Internet connection at home. For months I’ve been getting around 50Mb/s at my desk, and 100Mb/s over wifi on my phone, under optimal conditions. Here’s how I ‘fixed’ the ‘slow’ Internet (essentially LAN speed) connection at my desk.

I use a bunch of TP-LINK “Powerline” adapters around the house to get wired networking to each room.

Yeah, yeah, I know that they’re not perfect, and I could get a faster WiFi access point, and flood the house with Cat 6 Ethernet cable. But I haven’t, I use PowerLine adapters. I am where I am.

I have a combination of this TP-Linux TL-PA8010PKIT 1200 Powerline starter kit, with some extra TP-Link TL-PA8010KIT ones too. Note the main difference being the former have pass-through sockets for our glorious 3-pin plugs, and the latter don’t.

So the network at home is basically like this:

Then at the other, opposite and of the house, on another floor:

I’ve had this setup for months, maybe even years actually. My Amazon purchase history shows I bought these TP-Link devices back in March 2017! Ever since, I’ve been thinking “Ah well, we all know powerline adapters aren’t great, and you never get the bandwidth they advertise”.

A little over a month ago, I started to question this, and wondered why I really was getting poor bandwidth in my office. I went through some effort to download and firmware update every one of the 6 TP-Link devices, to see if there was a software update in the intervening 3 years since purchase which may have helped. Nope, not that.

I resigned myself to having to always having poor Internet in my office. Then a couple of months back, Joe mentioned to me that I had background noise on my audio recordings. For those not in the know, Joe is a podcast producer and audio expert of some repute. He has for over a year now, been receiving recordings made on my PC and turning them into various podcasts, so he’s heard a lot of audio from my PC over the last year.

I didn’t realise I had this background noise, so recorded some “silence” in Audacity, then cranked the volume up to hear it. Eeek! It’s awful, electronic static-like noise. I spent ages trying to figure out where it was coming from. I moved my mixer, re-arranged wiring on my desk, updated software, then it struck me. Perhaps the audible noise was related to the poor network connection.

You may have spotted the problem earlier in my awesome ‘network diagram’ above. Simply moving the powerline adapter from the 6-way extension lead, to being plugged directly into the wall fixed both problems. So it now looks like this.

I now get “full beans” Internet in my office. Hurrah. 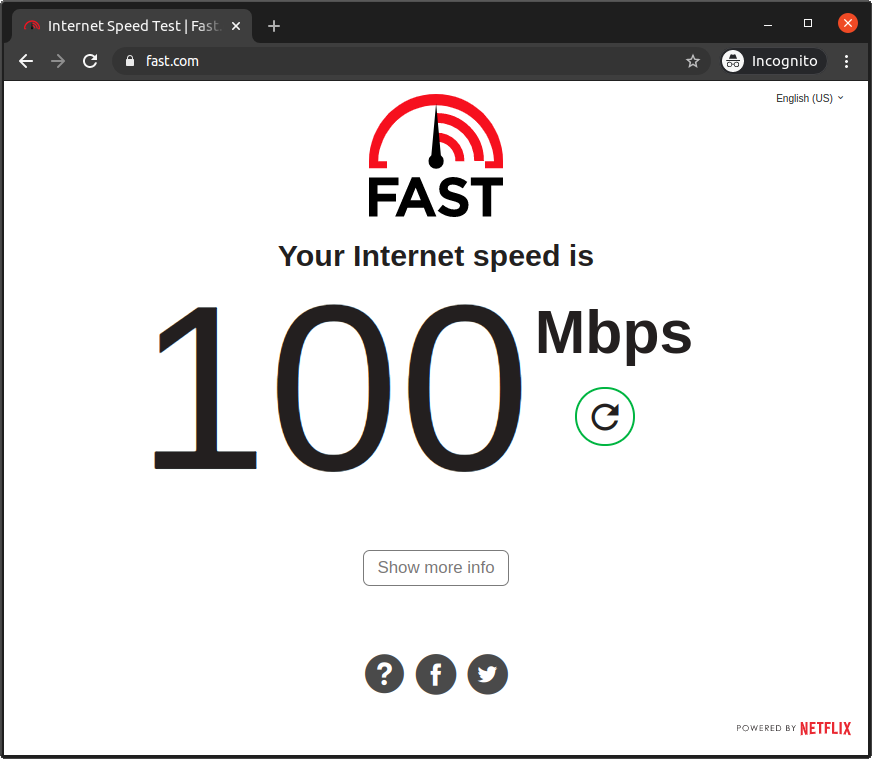 The moral of this story: RTFM. I have long known that powerline adapters work better when plugged directly into the wall outlet, but completly let that slip when debugging the problem.