I’ve never really been a massive watch nerd, my daily driver had been a Casio F-91W - the choice of the terrorist (apparently) - and retro classic. 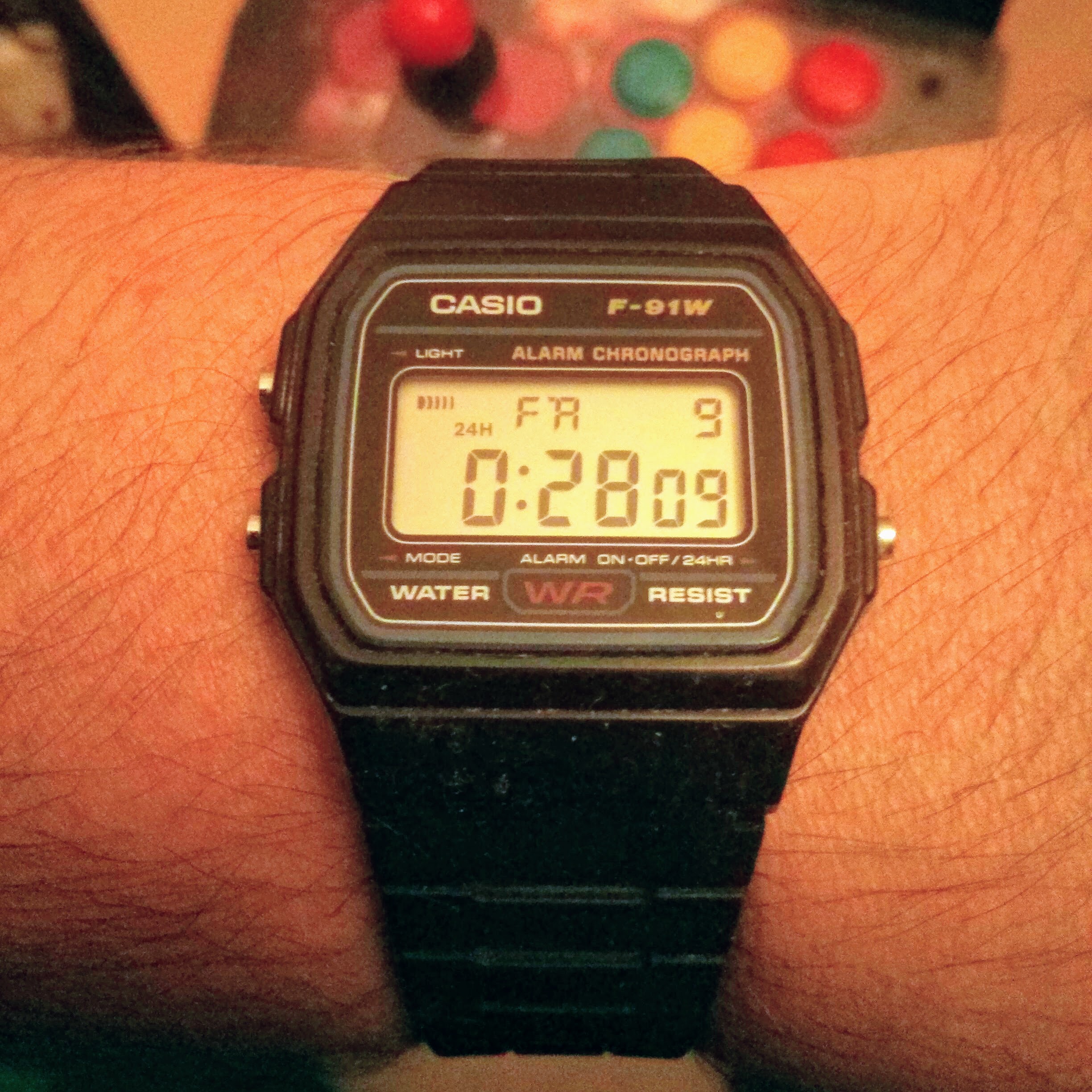 I’d seen other nerds using Pebble smart watches (monochrome, more industrial looking), and absorbed their positive influences about the devices. I wasn’t super enamoured about the overall design of the watch though, and it appeared to have some limitations I wasn’t happy about.

However, in 2015 when the Pebble Time came along as a crowdfunding campaign, some of those concerns seemed to have been addressed. In May 2015 I backed the Pebble Time Kickstarter and received my reward later that year. 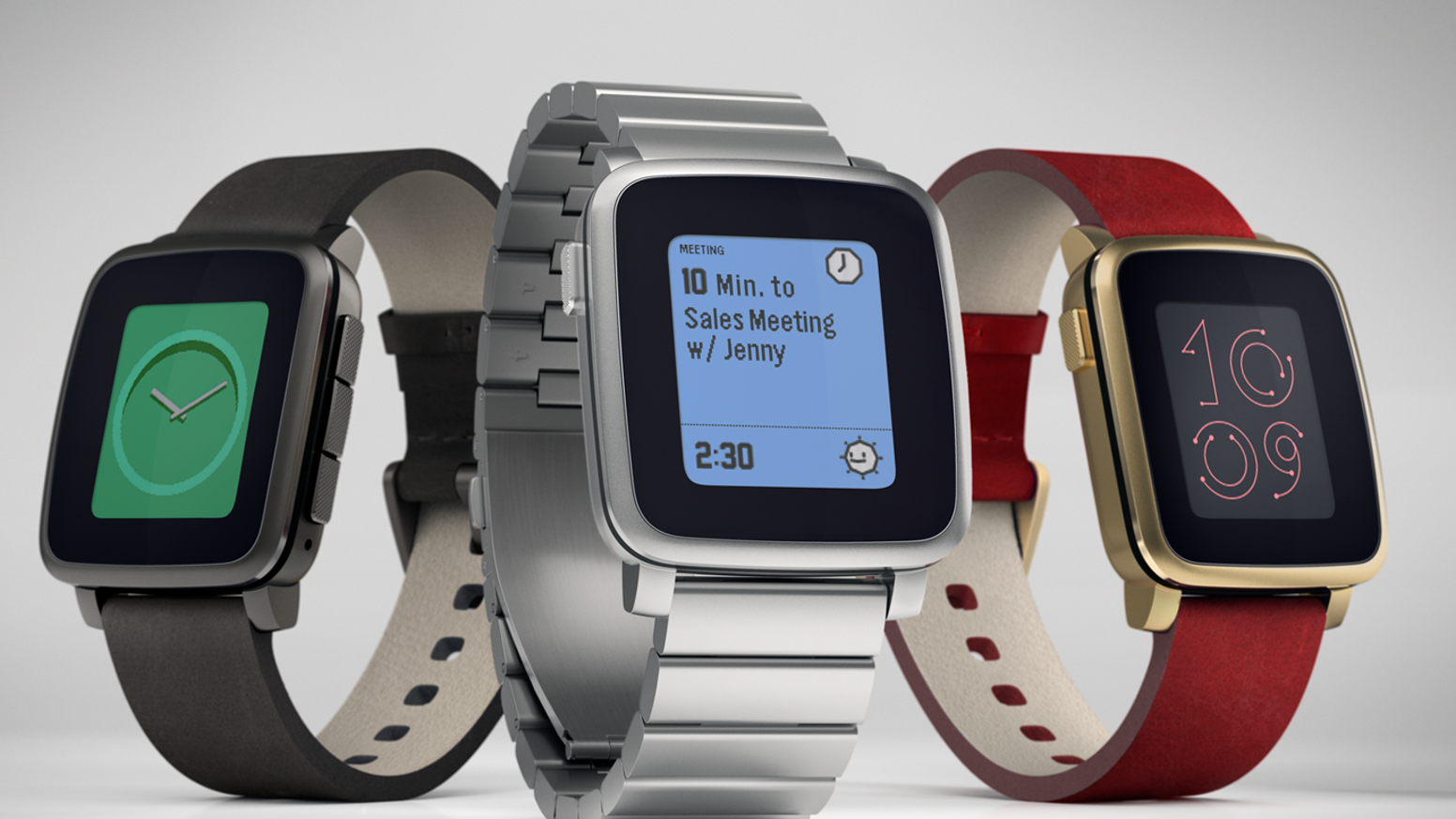 I know some people have a poor opinion or lack of success with crowdfunded projects, but I’m relatively successful in choosing to back projects that work out, mostly. By this time I’d backed 31 successfully with only 4 unsuccessful or cancelled, and 3 which failed to deliver.

There were a few features that sold it for me. Long battery life meant I only needed to charge the device every few days, maybe more if I only lightly used it. The addition of activity and sleep monitoring was neat. Having a colour screen, and the abililty to add pretty clock faces was a nice to have too. 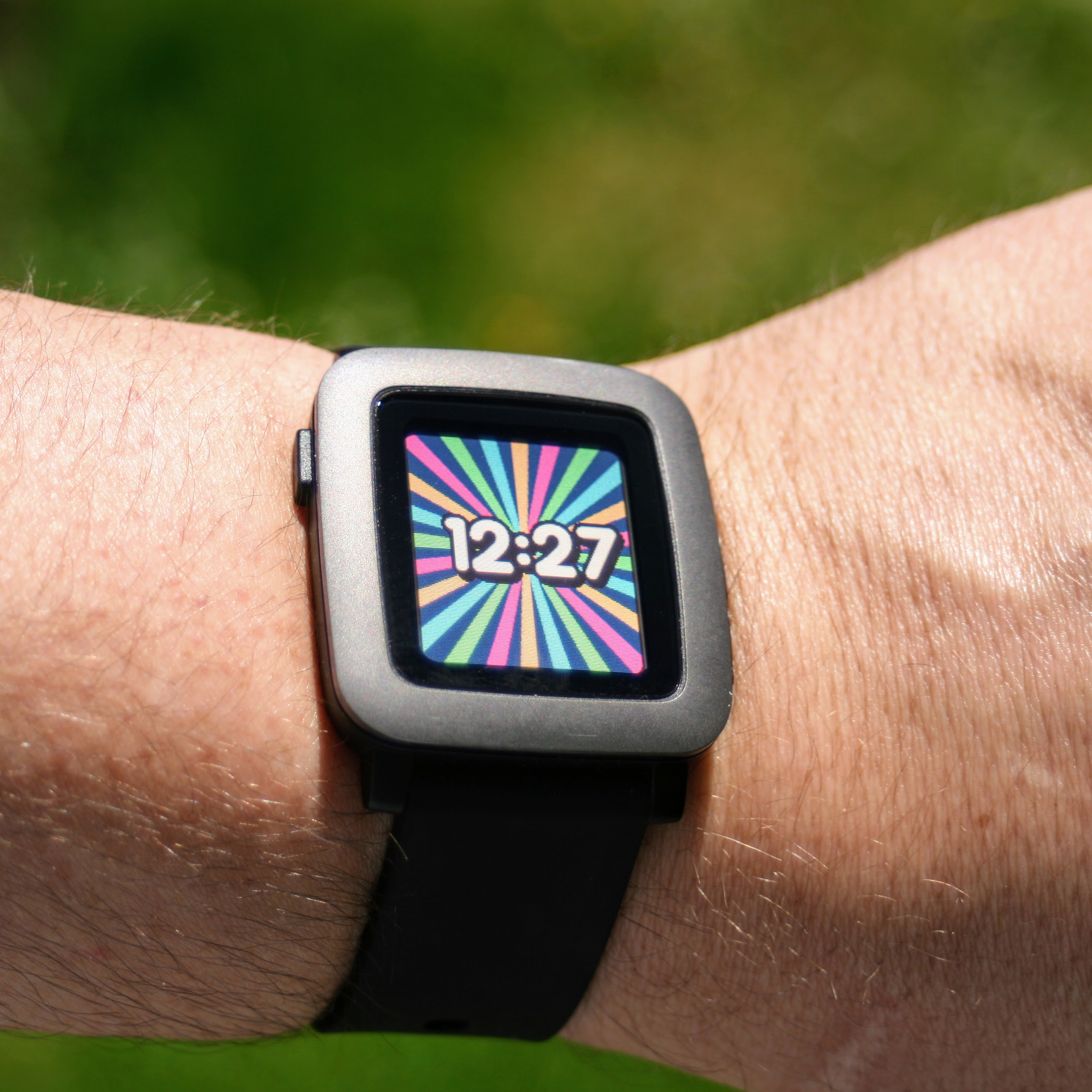 During 2016, I’d backed the next generation Pebble 2. Sadly within a couple of months Pebble were in trouble, and shut-down after being bought by Fitbit. The crowdfunding campaign was refunded.

A community called Rebble popped up who sought to keep the dream (and infra) alive. From a software point of view though, it started becoming a little more cumbersome to connect a Pebble watch to a new phone.

Meanwhile I continued to wear my Pebble Time all day and night, only taking it off for showers and re-charging. I’m a slightly clumsy oaf, so over time the watch gathered dinks, scratches and knocks which I suspect eventually led to the watches demise. After around 18 months of heavy use, the display broke, making the watch unusable. 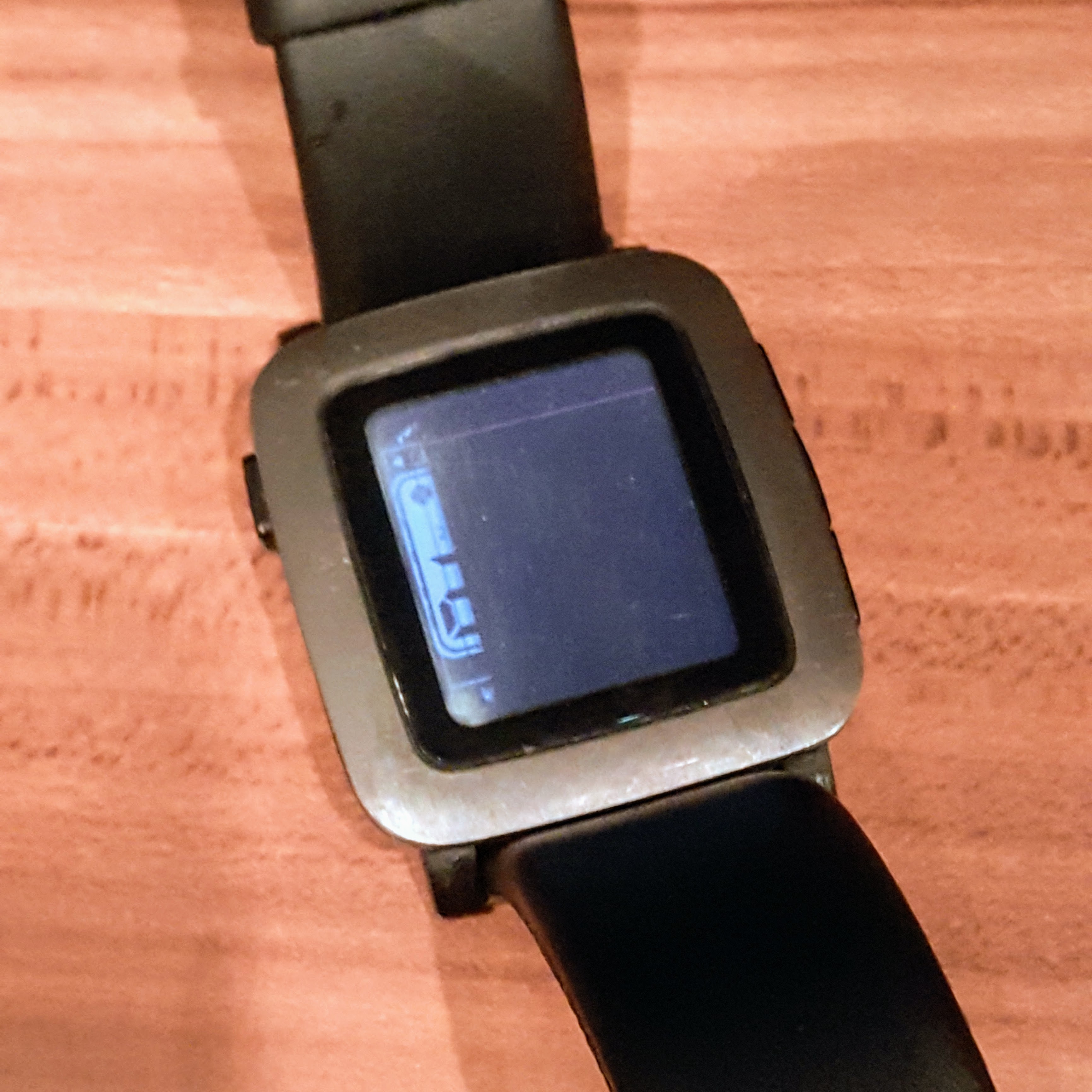 This was a sad day, because I’d got so used to having the device on my wrist, and felt a little lost without it. Thankfully I was able to buy a replacement (as it was clearly out of any warranty) and used this opportunity to ‘upgrade’ to the Pebble Time Steel. While the device has the capability to run all manner of different watch faces, I pretty much always used a Casio F91-W styled one. 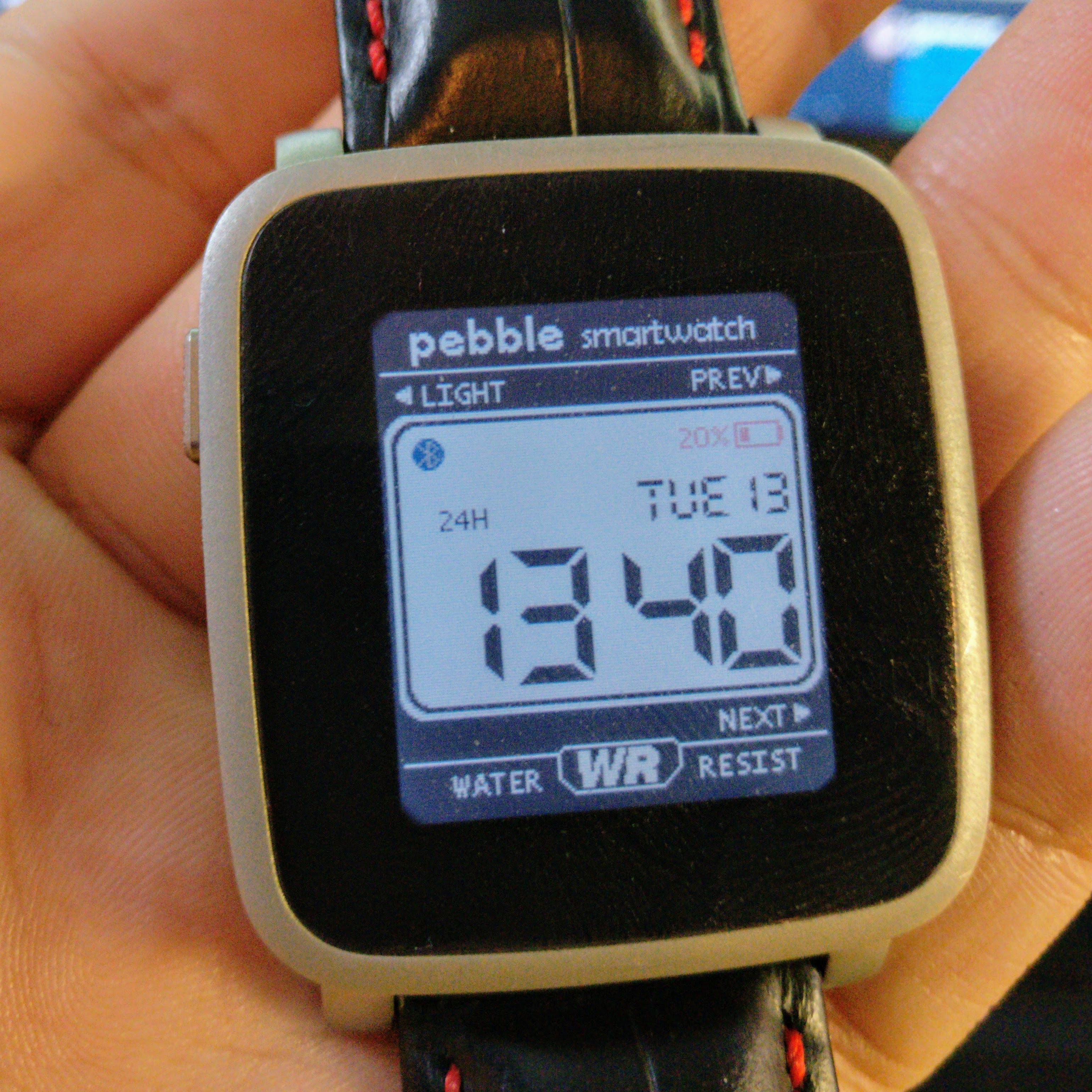 This lasted another couple of years. Then the display started to glitch. Blue stripes would flicker on and off as the content was being updated. The watch worked fine, but the display glitching was getting irritating.

By 2019 I was still really fond of my Pebble, but it started getting harder to find decent quality replacements. My good friend Martin had long since moved on from Pebble’s, and so offered me his Pebble Time Steel, and charging dock. So I now had multiple charging cables, and a dock, meaning the inevitable deteriorating battery was less of a problem, as I had plenty of places to charge the device.

Cut forward to this month, and I got a promotional email from Amazon that some of the FitBit branded smart watches were on a discount sale. The FitBit Versa 2 struck me as visually similar, and with comparable (if better) features and battery life to my beloved Pebble. Insta-purchase! 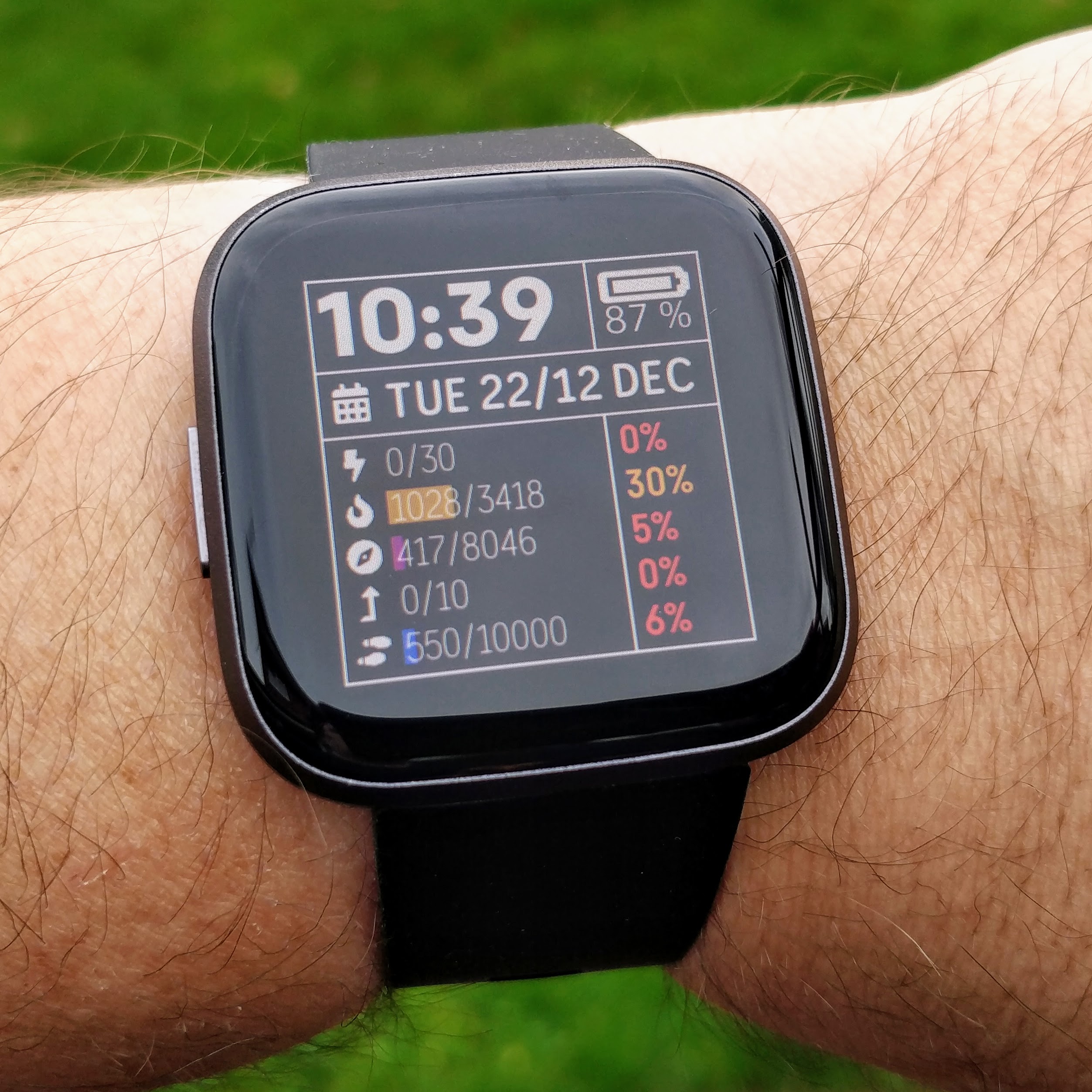 The Versa 2 feels like it has some of the DNA of the Pebble, with a decent mobile app, watch face ‘store’, and with some things promised by the failed Pebble Time 2. It has a bright, easy to read touch-screen, and a bunch of built in apps to manage fitness related things, music playback, Alexa integration and a bunch more.

The battery life is pretty decent too. I get notifications on the watch and in the phone app to let me know when the battery is ‘low’ (below 25%). I only have one charge cable, but it’s on my desk, so typically I charge while I work, as I’m unlikely to need the notifications nor the fitness features while it’s off my wrist on my desk.

While I was a little sad to say ‘goodbye’ to the Pebble ecosystem, I think that after 5 years of using them, and 4 years of the company death, it was time to say ‘hello’ to Fitbit. I’m pretty happy with the Versa 2, worth a look if you’re like me, a Pebble refugee.