The Sinclair ZX Spectrum was the second computer I ever owned, a natural upgrade from the Sinclair ZX81. I still own a small collection of Spectrums which work perfectly after a bit of light refurbishment thanks to Mutant Caterpillar. 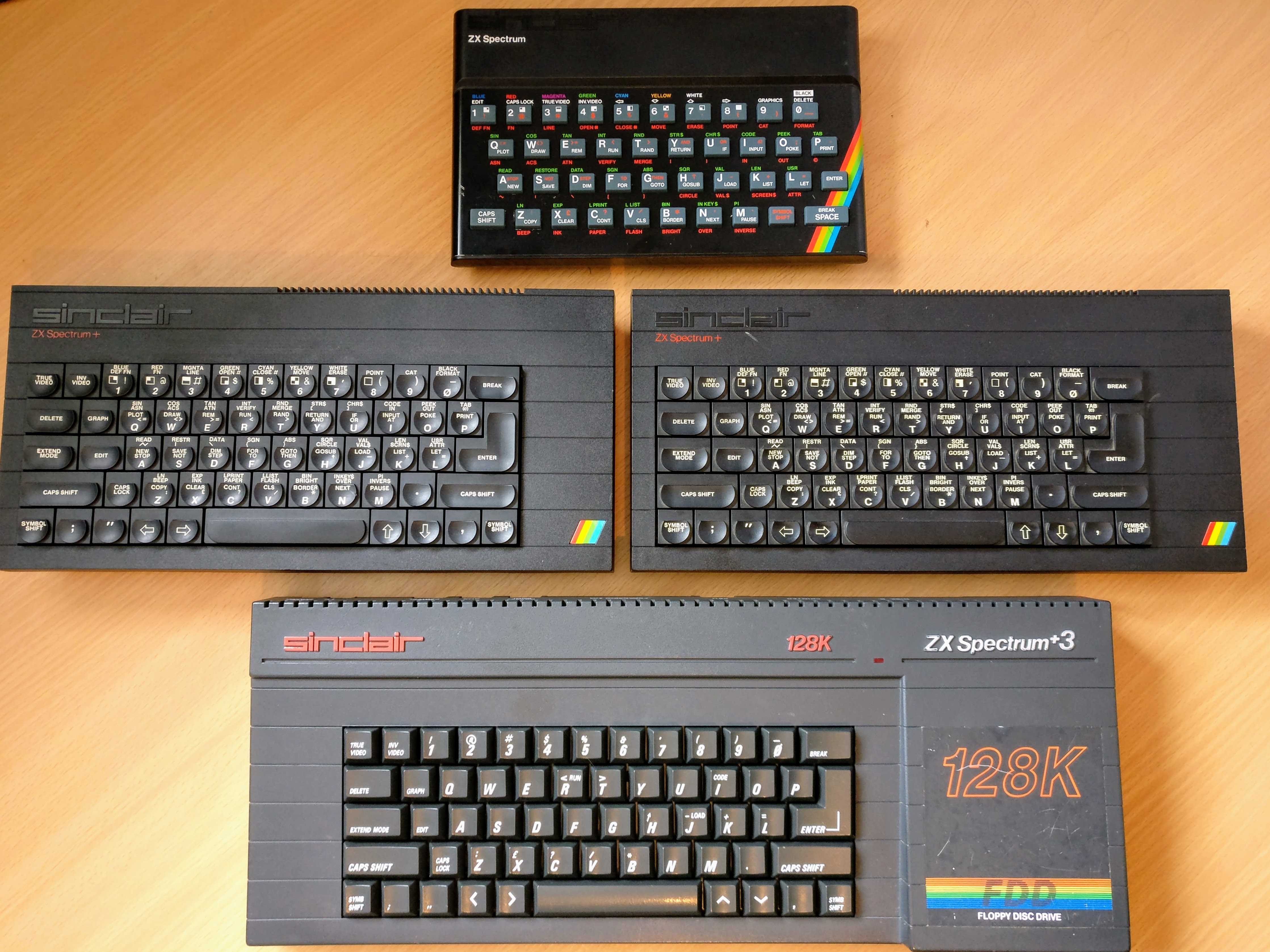 They’re not often setup to play with, due to the space needed. 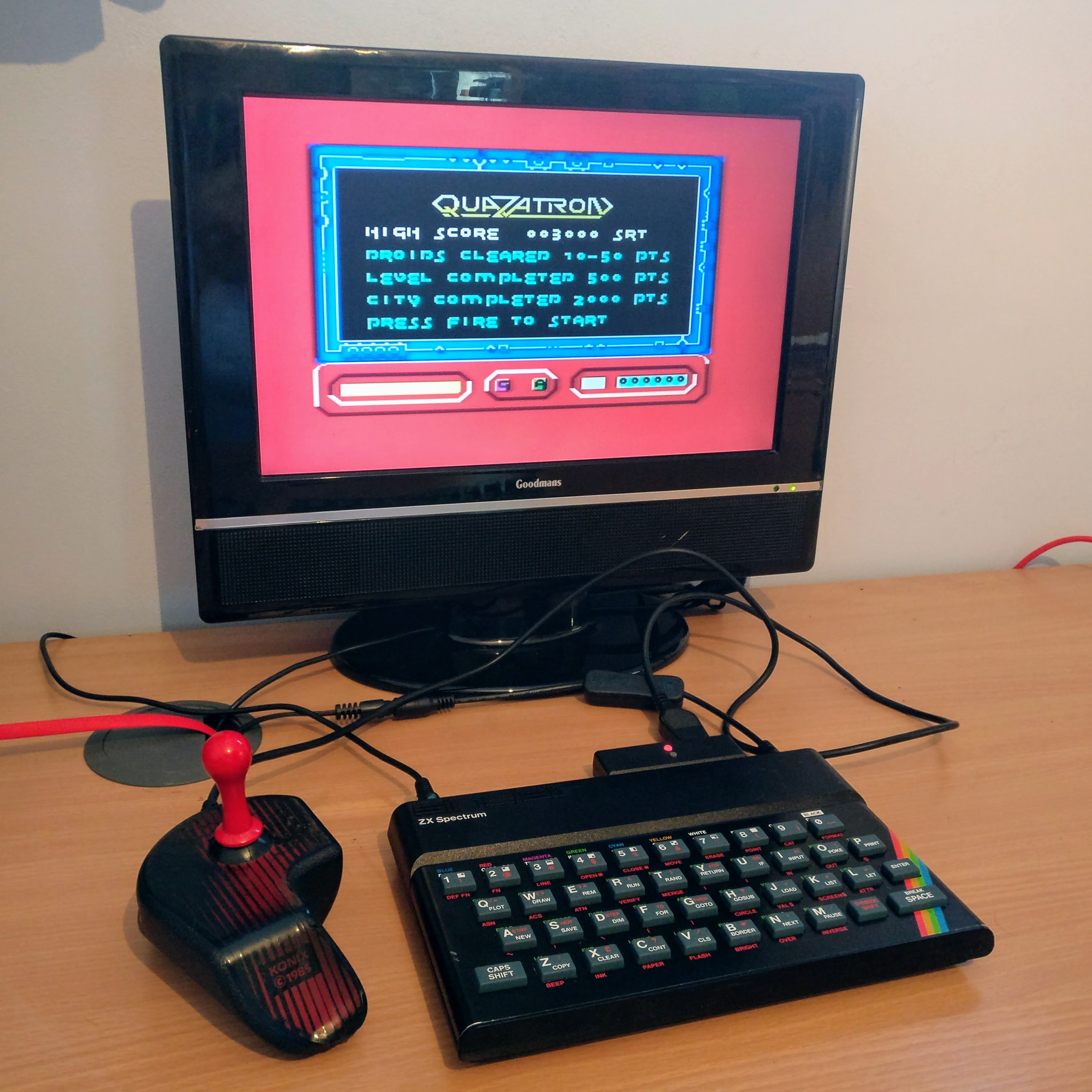 Many of the Spectrum games are absolute classics, and still remain fun to play now though. There’s plenty of ways to play under emulation on desktops and laptops. But sometimes you just want to have a quick blast while out, or away from a PC. There’s been a couple of commercial attempts to make portable Spectrum’s, but the least said about those, the better.

In my mind the pinnacle of portable Spectrums already exists, and I use it frequently, like many Speccy fans, the Nintendo DS. In my case I have the Nintendo DS Lite, but the DS, 2DS and 3DS can also be used, I just don’t have those, as I prefer the shape and size of the DS Lite. 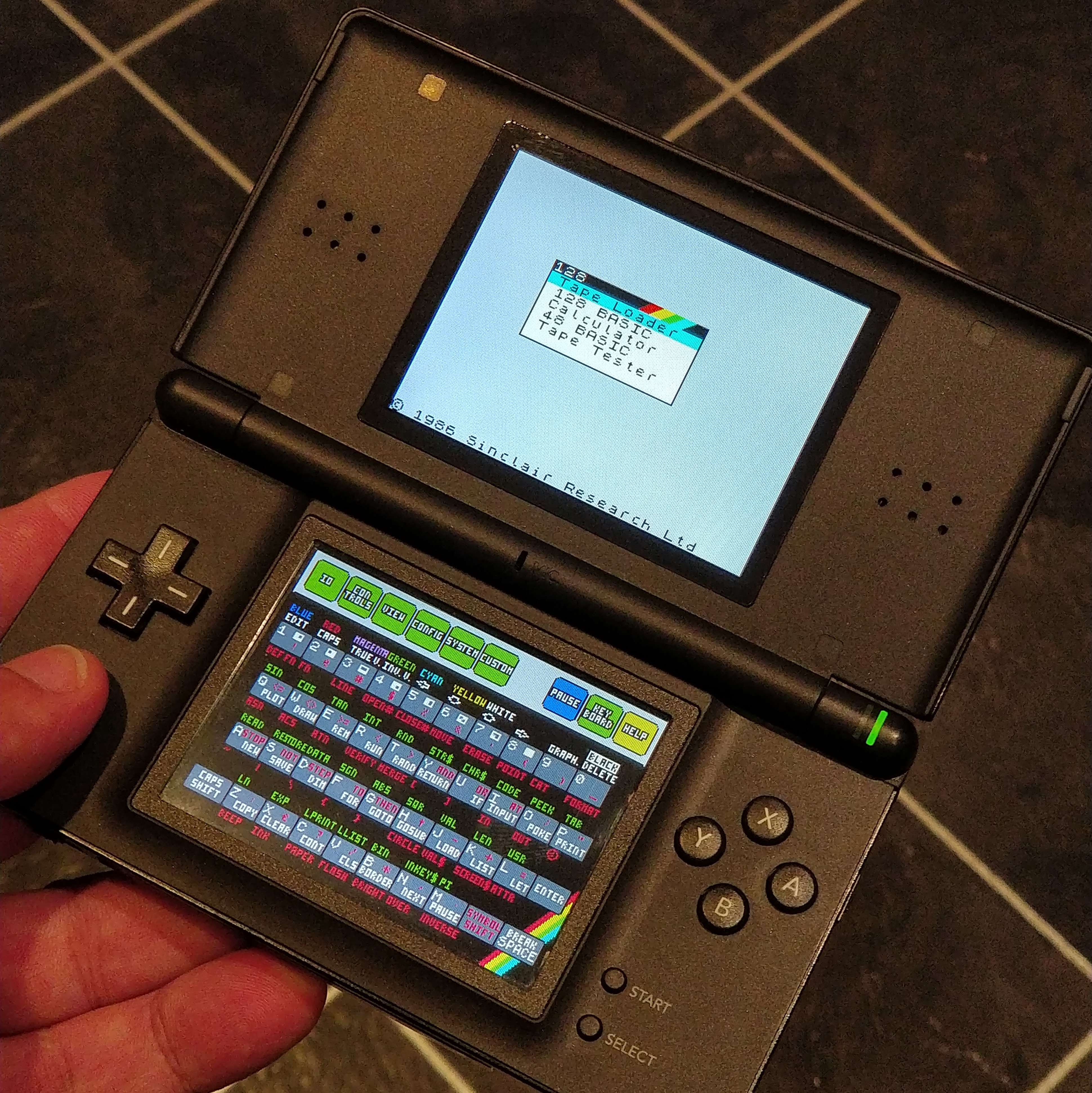 There’s so much to make this a compelling Speccy gaming platform. Nintendo nailed the hardware. The screen is bright, sound is great, and it has a courage port too. The lower screen can be used as a Spectrum keyboard, or for managing, loading and configuring games. The DS (and DS Lite) have the same screen resolution as the original Spectrum - 256x192. So games look pixel-perfect with no artifacts of scaling and no borders. 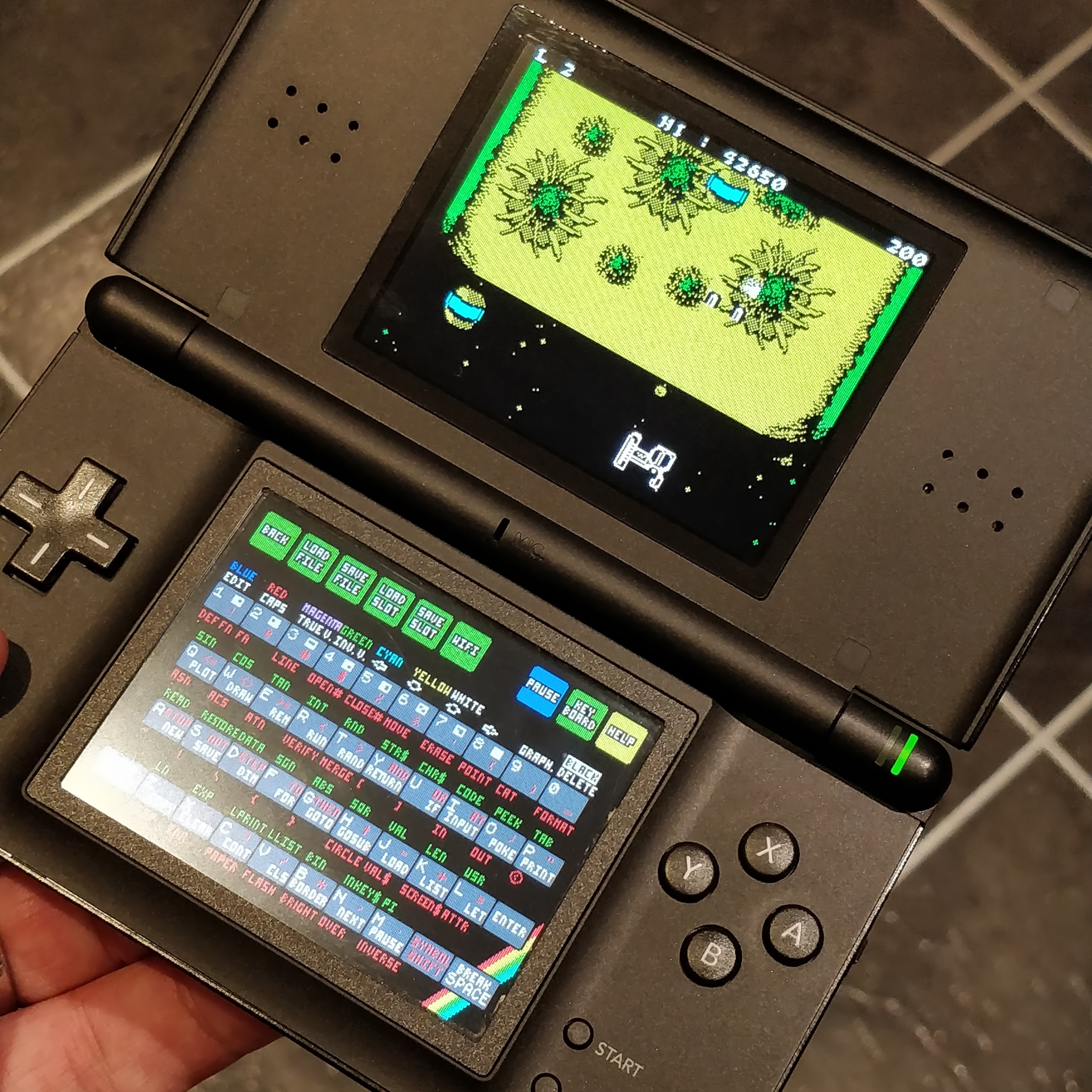 The software emulation side is handled by ZXDS by Patrik Rak. It’s probably my favourite Spectrum emulator on any platform. It’s easy to use, supports various file types and weird Spectrum quirks. Grab that and put it on a small micro SD card.

You’ll also need some kind of uh.. “storage card” into which the SD card goes. I have a few of these cards from different manufacturers. Currently I’m using the “M3” card, but I’ve had success with the “R4” cards too. My 4GB MicroSD card is plenty big enough to hold every game I’m ever going to want to play. Spectrum games are tiny. 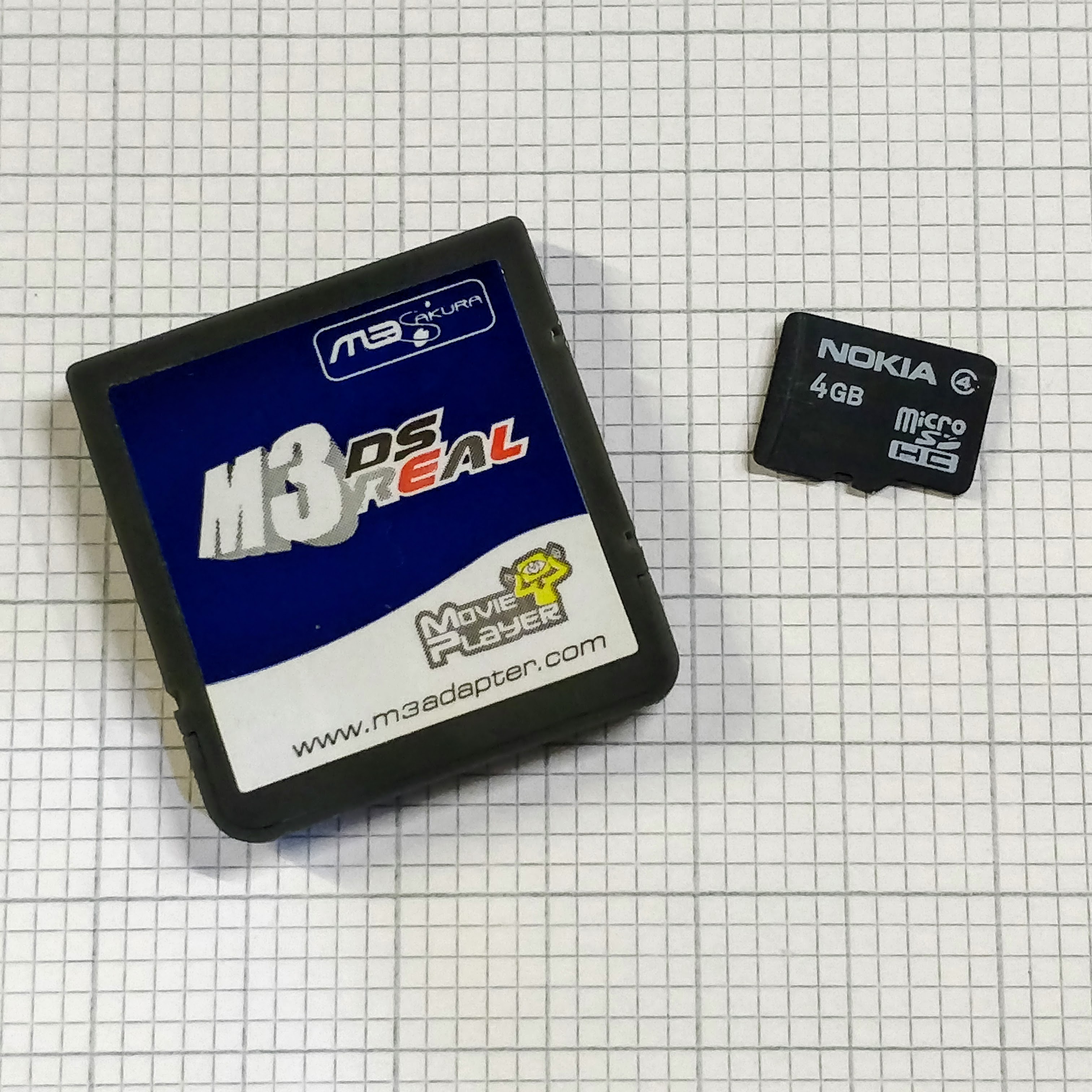 Where to get the games though? Well, if you’re a collector like me you’ll have a bunch of cassettes, and even a cassette player, to sample the games into a PC using Audacity, then convert them to compatible files.

Or you could do what everyone else does, and visit World of Spectrum and download your favourites from there. Put them on the SD card, and ZXDS will be able to find them. ZXDS has a simple file manager, so you can browse around, find a game and instantly load it. Or you could load it in real tape-time for the authentic experience. 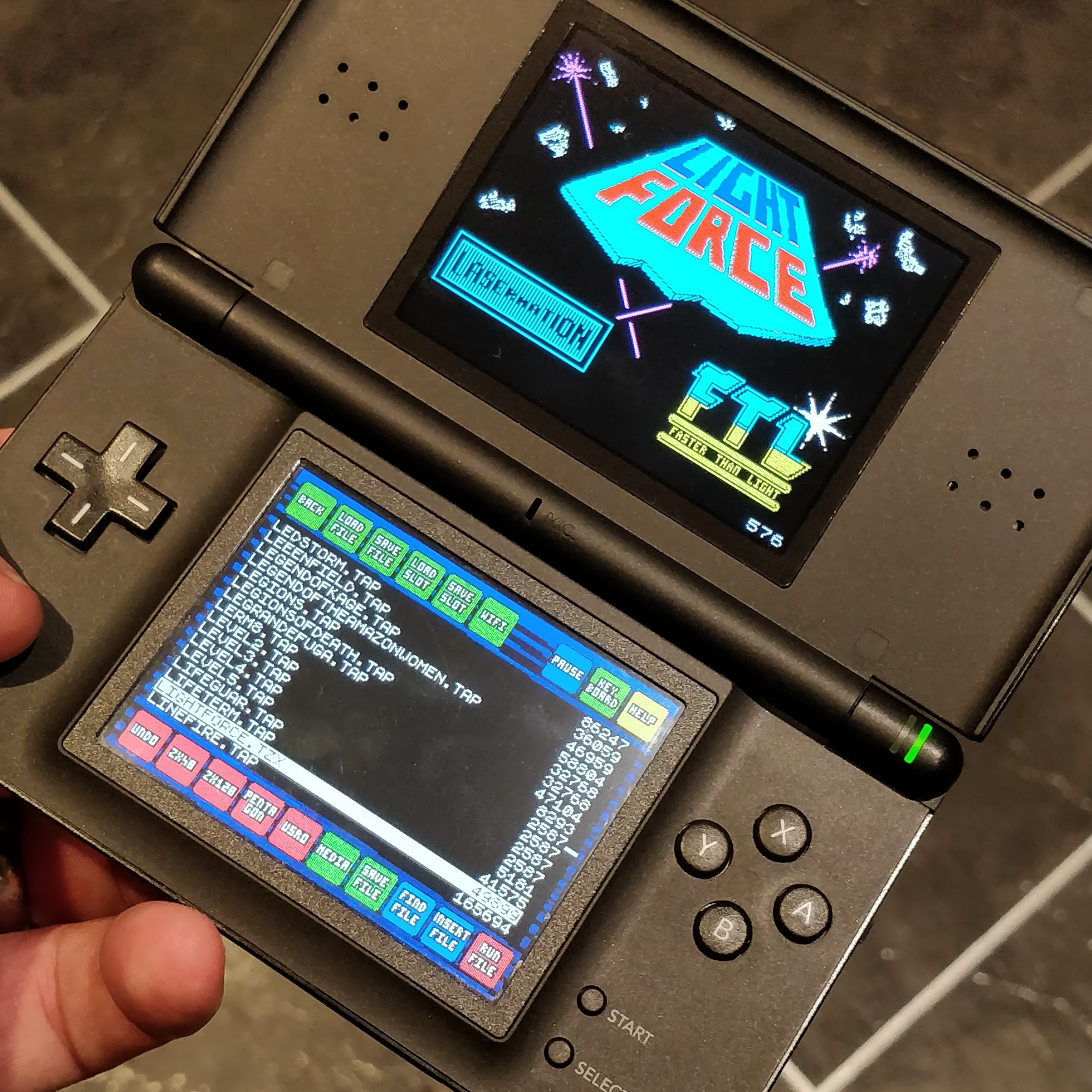 ZXDS has a ton of features beyond just loading the game. It can map the DS controls to Spectrum keys, or for them to use the traditional Speccy joystick interfaces. It can also create snapshots, so you can save your progress in games, and come back to them later. It’s a very capable piece of software.

The DS really is a great little package for playing Spectrum games. I’ve stopped using the DS for actual Nintendo games, so it’s become a single-purpose portable Spectrum, a job it performs admirably. If you’re looking for some portable retro gaming, with a Spectrum slant, this is the right tool for the job.