Another in a series of “I have identified a problem here!”. I appear have quite a few video games. More than I can probably play in my time left on Earth. Let’s set aside all the retro games I have for a moment, and consider only the ones that run on my primary computer, a PC. To be clear, I’m only talking about ‘native’ games.

Aside: I hate the word ‘native’ in this context, because what’s native? A ZX Spectrum game running under an emulator isn’t native to the PC, is it? Shattered Pixel Dungeon is written in Java though, and that bytecode isn’t native to my Intel i7 CPU. Theme Hospital running under DOSBox isn’t native either, but wait, it’s DOS, so it is PC native. Does anyone even write video games in 80x86 assembler these days? :)

I don’t consider myself a “gamer” because I find that term somewhat of a toxic gatekeeping mess. But I do play games, quite a bit. The problem - if it is indeed a problem - is I have “too many” games. I tweeted the other day that I recognise this issue, and kinda feel bad about it.

Some games I’ve picked up in the sales, because I had them on my wishlist, or happened across an article or promotion for them. According to Steam I have 495 things classified as “Games”, of which it claims I have 391 “Unplayed”. It’s not completely accurate though, because I have certainly played some of them, whether Steam thinks I have or not. 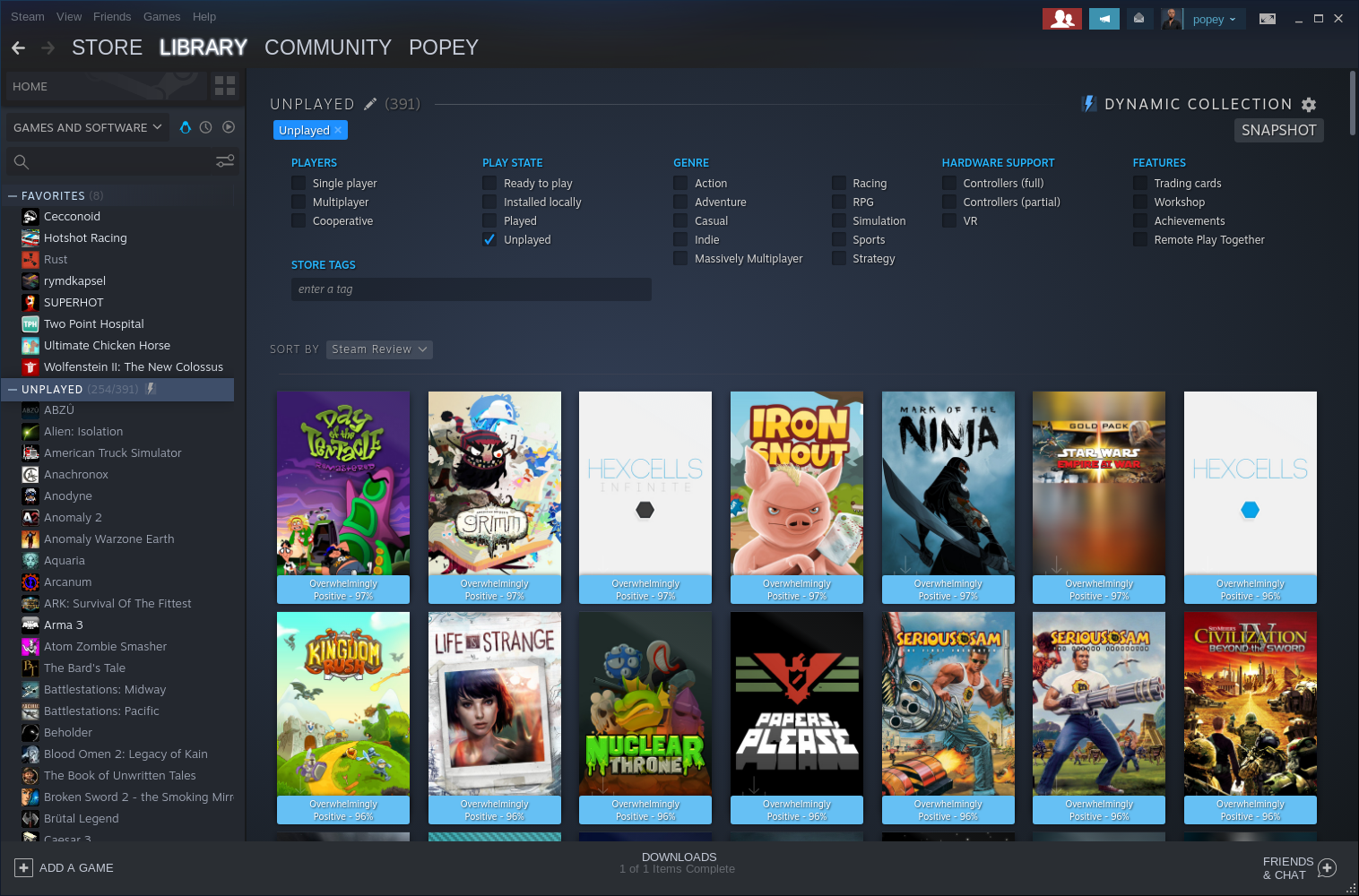 In the replies to the tweet, Roger Light suggested howlongtobeat.com. It queries your public steam profile for the games you have, and presents the estimated time to play through the main game, side quests and to complete it. 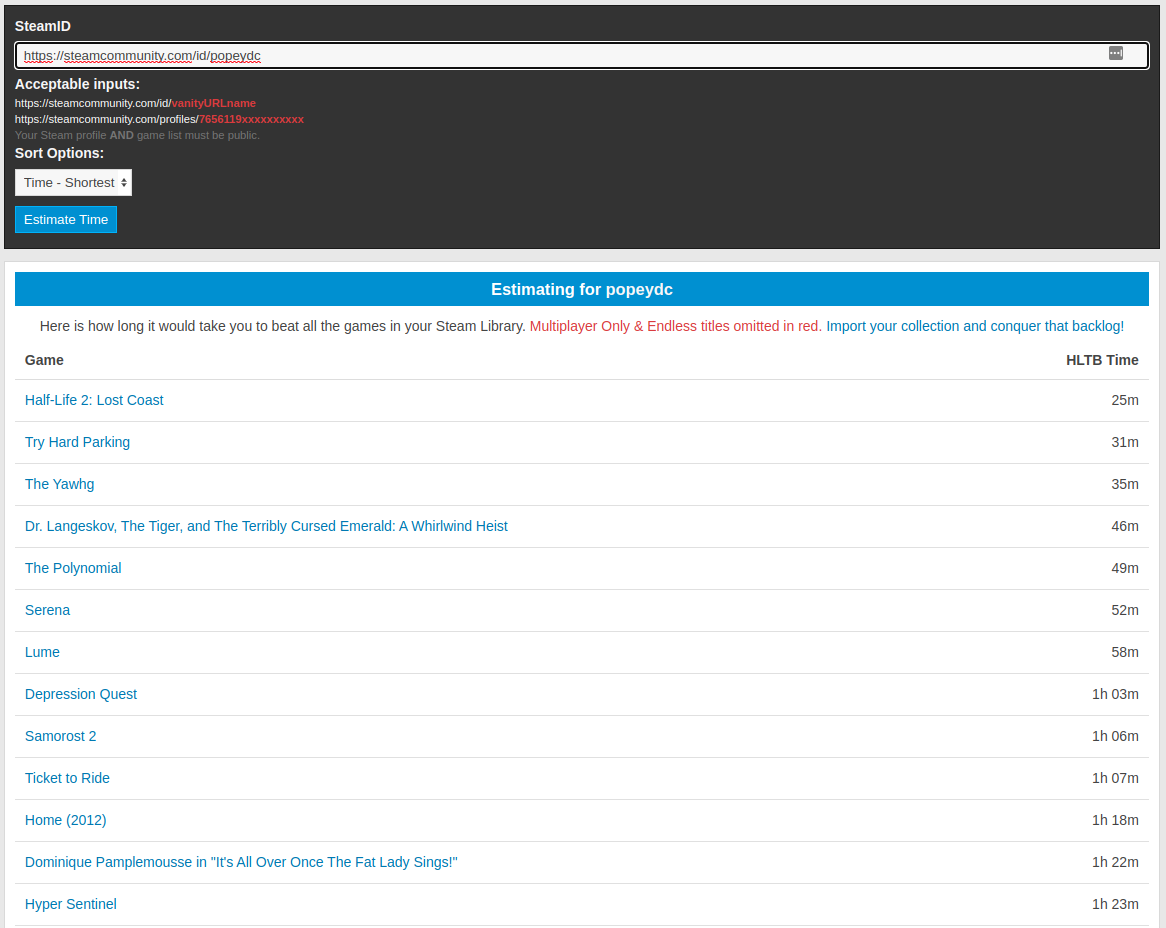 This is great for filtering the list, to find games which fit in time slots I have to play in between work, parenting and sleeping. I think 2021 is going to be a year of going back over this collection, and perhaps buying fewer new games, so I can catch up!

Update: It seems I’m not alone thinking this. GoG just published 6 Tips For Managing Your Video Game Backlog which has some good ideas for people like me!