Well, this is embarrassing! I recently filed a bug against an open source project because I genuinely thought it was broken. It was (almost, probably, entirely) my fault. I thought I’d fess up and explain what happened. It might be useful for others.

As I mentioned yesterday, I recently upgraded my Ubuntu machines, including my main desktop. It’s a funky Skull Canyon NUC with a weird hybrid Intel / AMD GPU setup and an external nVidia card in an enclosure.

I sometimes use this system for playing games in the evenings. The thing I’ve been really playing a lot recently is Hotshot Racing which is “a blisteringly fast arcade-style racing game fusing drift handling, razor-sharp retro visuals and an incredible sense of speed to create an exhilarating driving experience.” according to their Steam blurb. It’s great, I love it. 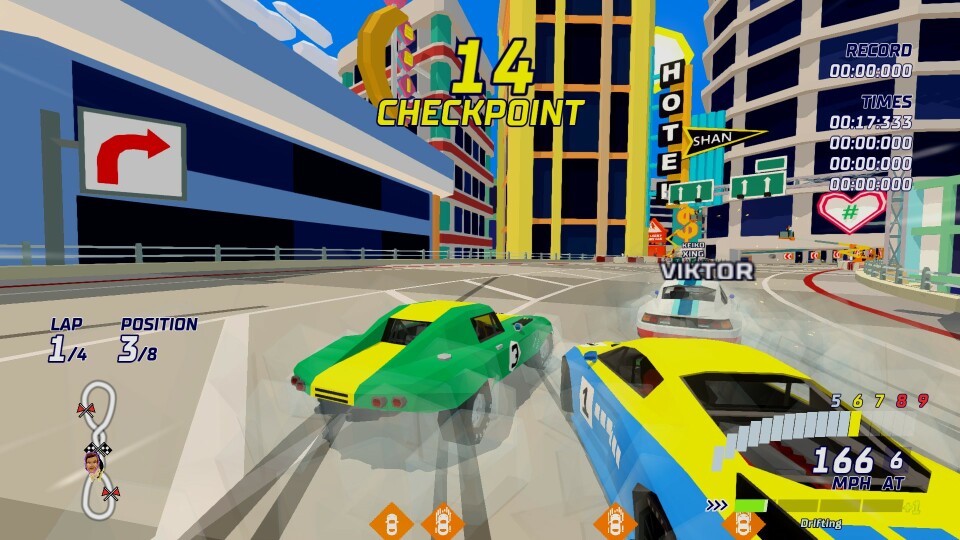 Anyway, I was playing this happily via Steam using Proton as it’s a Windows-only game, on my Ubuntu 20.10 system. I upgraded on Friday last week and then it “broke”. I could no longer play the game. Steam launched, the game attempted to launch, then died on its arse. I tried other games, which worked fine, but they were native Linux binaries, not Windows games enabled via Proton. So it wasn’t a system-wide issue, but something maybe Proton-specific.

I did some investigation and asked around with friends running Ubuntu Hirsute (21.04) to see if this was a “known” issue. I know that GPU drivers can be a bit weird on Linux. I’d recently attached a Razer Core external GPU enclosure to the computer, and installed the nvidia binary driver. Perhaps this was the cause? Nobody I asked had any data to suggest this was known.

I ripped out the nvidia driver, unplugged the eGPU, rebooted, and sacrificed a chicken in a pentagram. None of this helped. I rummaged in various log files, but couldn’t turn up anything definitive. As it was limited to only proton games, I thought it was about time to file an issue against the upstream Valve project on Saturday evening. You can of course go and read the issue, and learn the spoilers that you’d get from this blog post, or read on for my perspective 😜

Firstly, it’s worth noting that the Steam Runtime project has a nice bug reporting template, as you can see below.

I tried following this as best I could. I got a little confused by the question “Are you using the Steam Linux Runtime compatibility tool?”. I mean, maybe, I dunno, am I? I always knew the thing that lets me run Windows games in Steam as “Proton”, but maybe “Steam Linux Runtime” is the new or public branding for it? 🤷‍♂️

The rest was pretty easy, just attaching logs via GitHub gists, and detailing what happened. Quite a smooth process for filing an issue upstream.

Within 24 hours I received a friendly reply from TTimo with suggestions, questions and request for more logs / data. I was keen to get this fixed so promptly replied with the requested data. We then bounced back and forth over the next few hours.

Then the clanger. TTimo found this in a log:

What on earth is it looking in /home/alan/bin for? Also, what did it find‽

So the ~/bin folder isn’t created by default on Ubuntu systems, and never has been. However, for a long time (perhaps forever), if the folder exists, it gets added to your path, thanks to this section in your /etc/skel/.profile which ships as part of the bash package.

So on my system that folder exists, I made it, and it is my little dumping ground for scripts I may use here and there. One of the scripts in there is called timeout which originated from this git repo, and is “a resource monitoring program for limiting time and memory consumption of black-boxed processes under Linux.”. I must have grabbed it back in November (based on the file timestamp) and forgotten about it.

Turns out there’s another timeout binary out there on my system, which comes from the coreutils package.

When Steam was launching Hotshot Racing, at some point in the bowels of Proton, the timeout command was being executed. But because “my” timeout in /home/alan/bin was being found first, and didn’t like the parameters passed to it, it failed printing usage, which was captured in the log and found by TTimo above.

The “fix” was simply to move the /home/alan/bin/timeout binary out of the way - I renamed it _timeout. As soon as I did that, the game launched.

As for why this worked on Ubuntu 20.10 and didn’t after the upgrade to Ubuntu 21.04, I have no idea! I’m not motivated to find out, because I’ve got too many video games to play! 🏎