While writing my Ouya post the other day, I was reminded of the various projects I’ve backed on crowdfunding sites over the years. Between May 2012 and August 2019 I helped fund 68 separate projects. Most for “beer money” (around a tenner) through “toy money” (up to fifty quid) up to “need to have a think about this money” (a hundred quid or so). The vast majority have been successful, and I’ve received my backer reward in a timely fashion.

I know some people see crowdfunders as money pits, grifts or outright scams. Some certainly can be. I try not to back those though 😀. So I thought I’d look back through some things I backed, my highlights, lowlights and things to look out for.

I keep a public-viewable spreadsheet tracking every crowdfunder I have backed. It’s not comprehensively complete, there’s some data missing. But everything I have backed is on the list. I colour coded each line to indicate success - project succeeded and delivered, or failure - project succeeded but didn’t deliver, didn’t succeed, or was cancelled. It also contains links to each campaign, in case you’re interested in any of them. 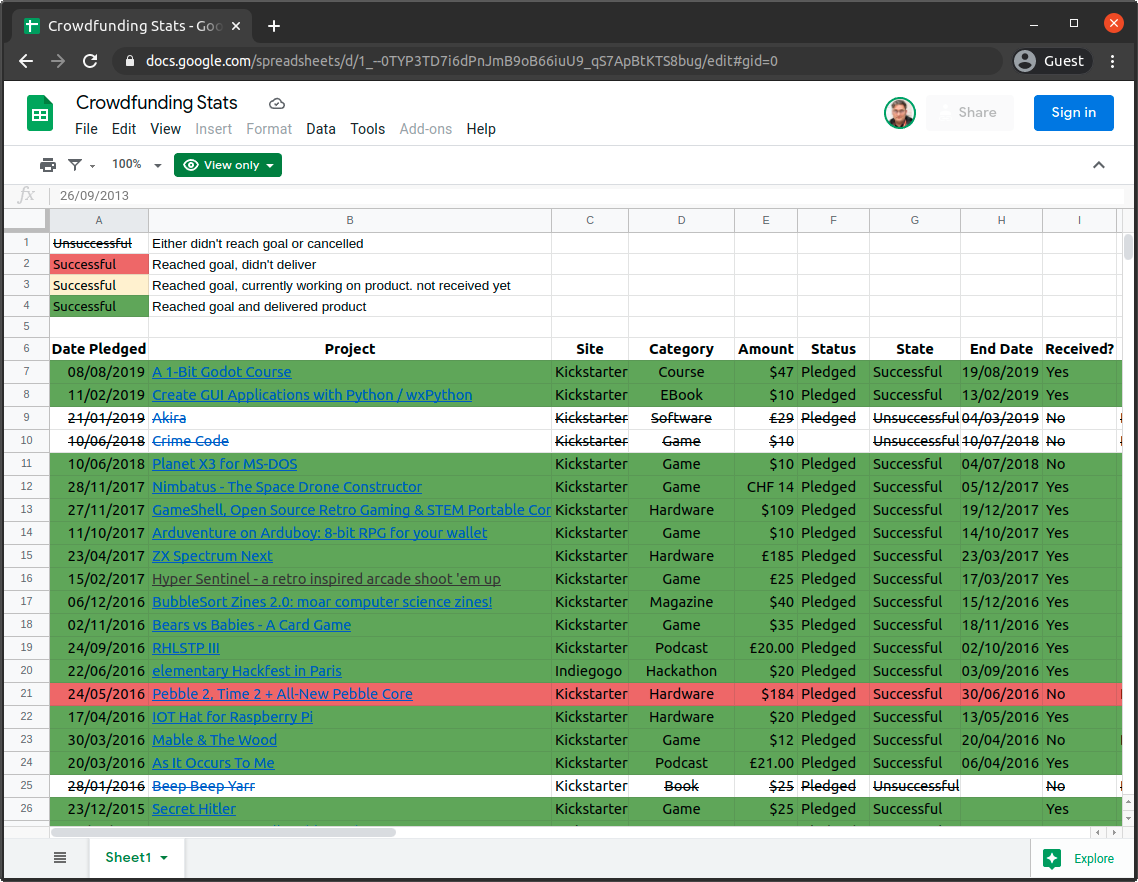 The vast majority are in the ‘success’ category, with only a few ‘cancelled’ and some succeeded but didn’t deliver. My takeaway from this is that I’m a good judge of projects to back 😜 but you might take another view. Let’s take a look at some.

The initial thing that got me into crowdfunding was the MakeyMakey back in 2012. They had a modest goal of $25K and shot past that to $568,106. Impressive for such a small project. I had just started looking at Arduino devices, and this helped me rekindle my love of digital electronics. 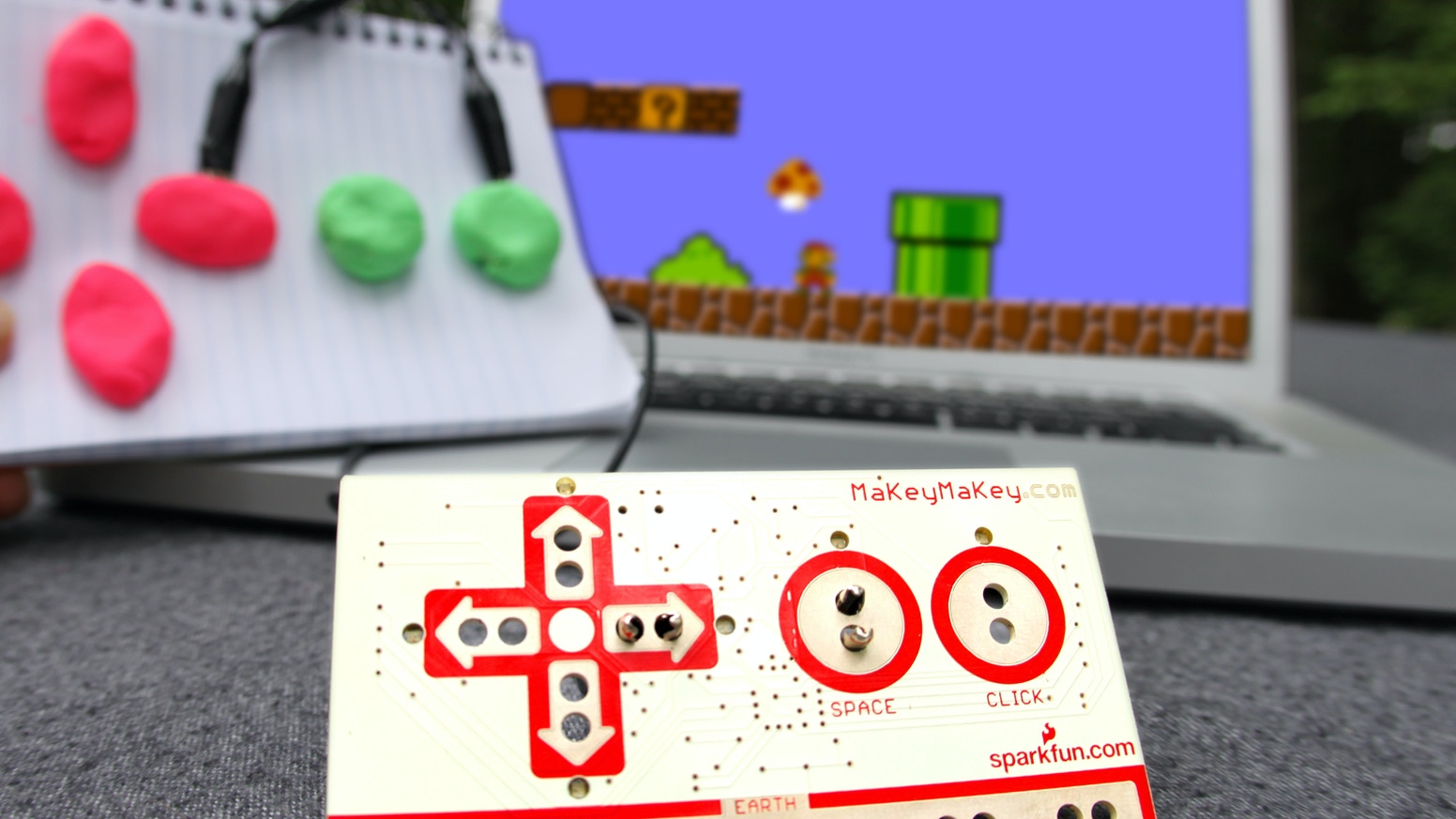 They did well from the crowdfunder, and you can buy the devices from their MakeyMakey website or via Amazon (affiliate link), which I think marks them out as a continuing success. If you’d got kids interested in making things and interfacing real world things - like vegetables - with electronics, then these are good little starter kits.

2013 was a bumper year for me, backing twenty separate projects, of which five didn’t meet their target, succeed or deliver. That’s still 75% success over a one year period, which isn’t too bad. Of the five, four took no funds as they were cancelled or didn’t hit the target, so no real financial loss for me. I count that a 95% success rate then over that twelve month interval.

Cyberstream Fugitive was to be a video game by indie-developer Byron Atkinson-Jones. I’d seen and enjoyed some of his games before, and even bumped into him at a Unity developer event some years ago. I felt confident that he’d be able to pull off what he’d set out to do, so backed it at the £25 level to get the game and soundtrack.

The project was promoted via an article on Gamasutra, and reached 20% of the goal in the first week. But sadly this was the first of the crowdfunders to ‘fail’ for me. Byron didn’t reach the growth he expected, and cancelled it before the end, switching to “Plan B” of traditional distribution via pay-per-copy.

It’s inevitable that some campaigns like Byron’s fail to get funding so never get off the ground. However, what’s more frustrating of course is those that succeed in funding, take your money and don’t actually deliver. I’ve thankfully only had a few of them and of those, I’m only mildly saddened by most, but irritated by a couple.

The Matchstick - The Streaming Stick Built on Firefox OS was one such project. Around the time that Chromecasts became popular the Matchstick sought to build an Open Source equivalent using Firefox OS. Launching on September 30th, 2014 asking for $100,000, they hit that within a few days. They then blew past the target getting $470,310 from 17,218 backers in the end. 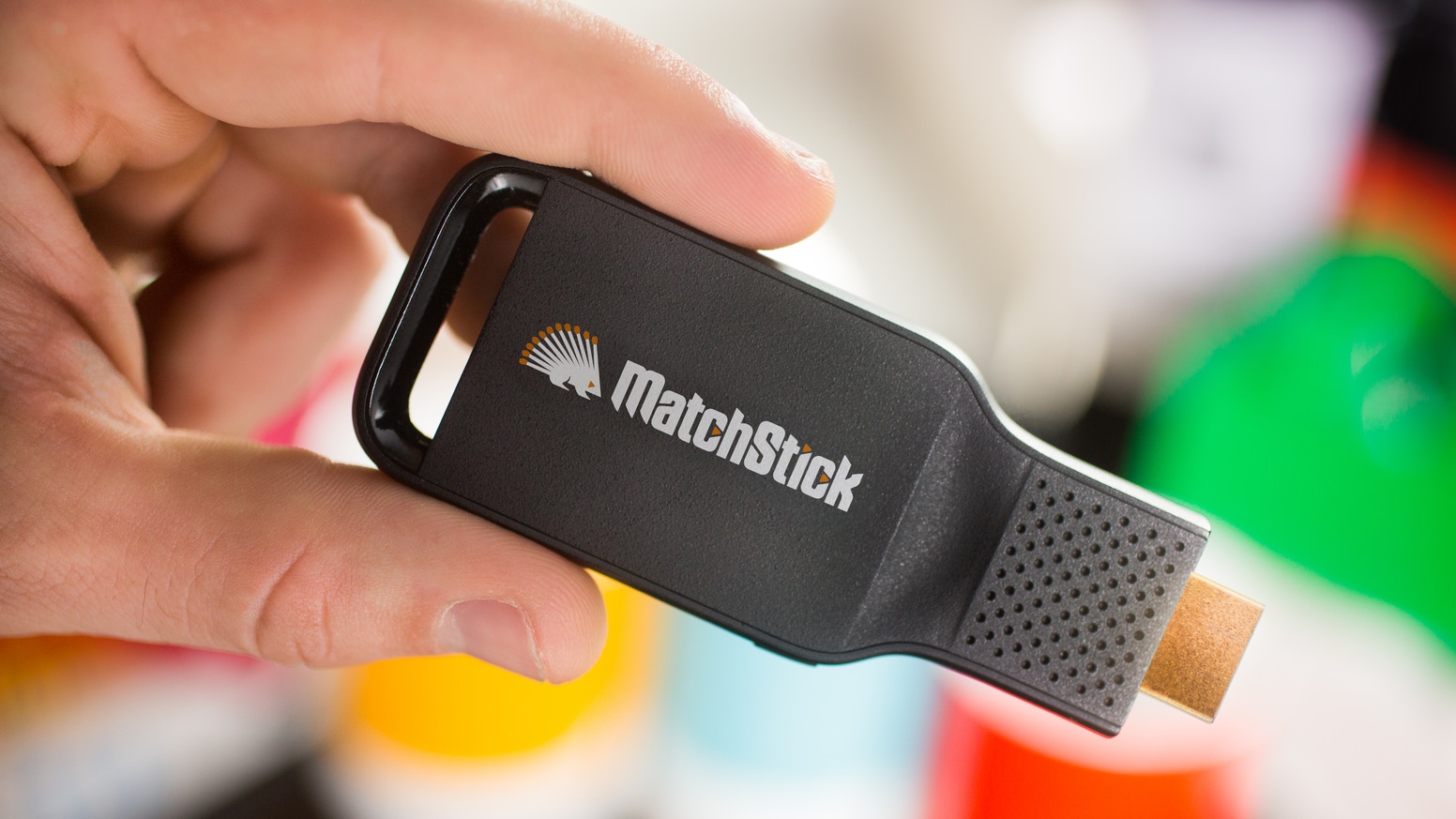 However from the outside, there didn’t seem to be sufficient momentum on the project. As with many projects the updates to backers slowly dried up and within a year they’d give up, and offered refunds the backers. It’s sometimes difficult to know whether to take the refund, if offered. Perhaps feeling you didn’t your reward, so you shouldn’t pay. But this is a crowdfunder, you’re speculating on the eventual product. For some, when offered, I’ve chosen not to take the refund, for this one I did though. I felt a little sour about the way the project was run, and felt (perhaps wrongly) they didn’t deserve to keep the cash.

I didn’t limit myself to one category of product on the crowdfunder sites. As you can see in the spreadsheet, I’ve backed games, books, magazines, physical hardware, podcasts and even a couple of films.

In 2013 I backed From Bedrooms to Billions and GAME LOADING: Rise Of The Indies at the $20 and $35 tiers respectively. As a retro nerd, fascinated with the nostalgia of the ‘bedroom developer’ of the 80’s and 90’s, these both fell into my wheelhouse. 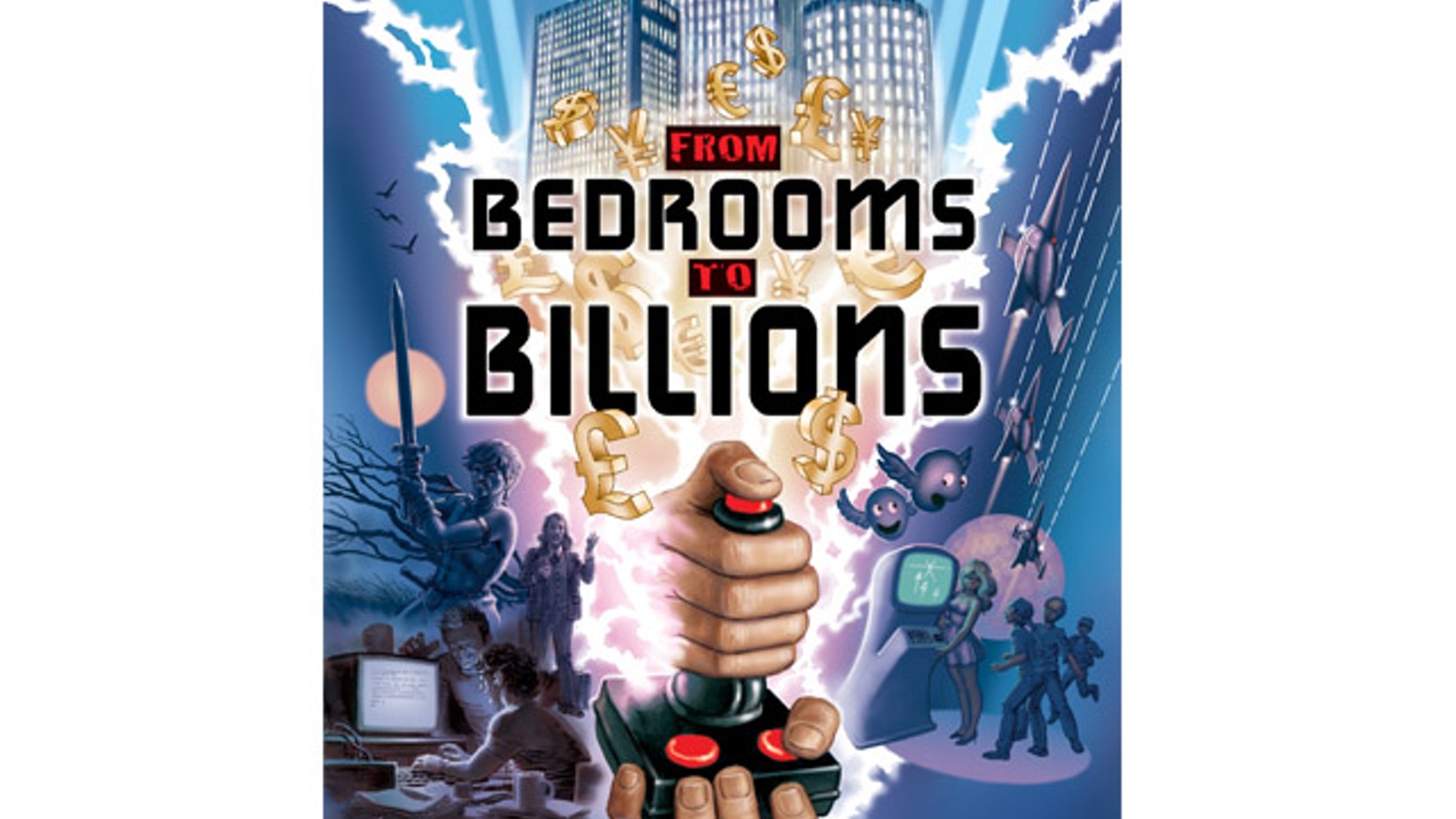 Backing films in this way makes sound financial sense to me. I equate this to a trip to the cinema, which typically costs far more than $20 these days. So reward for this risk seems about right. In fact I haven’t watched either of these for a while, so it’s probably about time for a re-watch. A reward that keeps on giving 🙃

Some campaigns received their full funding, and even deliver a product which I’ve used, but after some time things fall apart, leaving backers disappointed. I think Project GODUS falls well in this category.

GODUS was a “God” game from 22cans / Peter Molyneux with big plans. Sadly once the early builds of the game came out things spiralled downwards. Updates were few and far between, and the whole project fell apart. It was never really finished, and while playable, was a somewhat frustrating experience.

Surpring then perhaps to learn I have clocked up over 220 hours in GODUS on Steam. I had high hopes for this game and was excited when alpha builds released. It had promise, but never lived up to the hype. There’s plenty of articles covering a the company and project retrospective online for those interested in how not to do a crowdfunded game.

As well as all those I backed, there’s obviously tons I didn’t back, but might have been expected to. There are some campaigns I almost impulsivly back, like the ZX Spectrum Next and GameShell, Open Source Retro Gaming & STEM Portable Console with minimal research, but some others don’t pass the sniff test.

The Sinclair Vega+ is a notable example. It ticks some boxes. A portable Sinclair Spectrum, I clearly like those. Designed by the (now late) Rick Dickinson - legendary industrial designer of the original line of Sinclair Spectrums, it had potential. 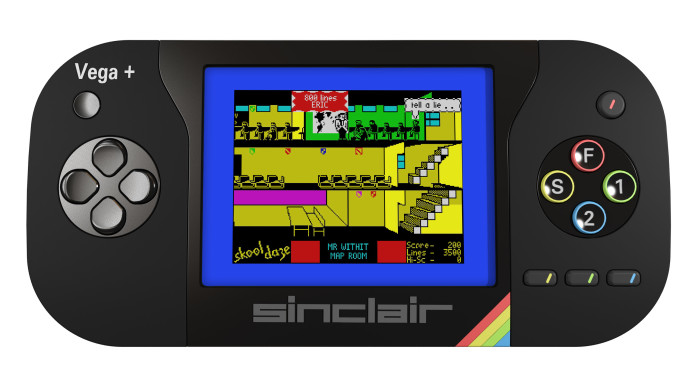 Something felt wrong about it though. With hindsight we can clearly see why it failed. Terrible project and financial management were at least partly to blame. Ordinarily I’d have backed this, but something just didn’t “feel” right, so I didn’t. I’m equally sad it didn’t deliver, and glad I didn’t back it anyway. Bullet dodged!

One notable absence from this post, and the spreadsheet, which the astute will notice, is the Ubuntu Edge campaign from July 2013. I have happy memories of that project. Maybe I can talk about that another time.

I haven’t backed any projects in the last year, partly due to circumstancial changes, and not having seen anything that jumped out at me. But I’m pretty happy with my hit ratio so far. Should I put “Serial Entrepreneur” in my Twitter bio?