This is a somewhat belated review, as I’ve had these headphones for over 6 months now, but I use them often enough for a long term review I think. Also, I’m no MKBHD, so this isn’t a deep dive into the audio response of these things. Set expectations accordingly. This is more of a ramble than a review.

I’m no audiophile. I tend to listen to music while working on whatever headphones are nearby. My ‘main’ ones are Scarlett Studio cans which are part of a Studio Bundle (affiliate link) I bought a few years ago. They’re wired, and pretty much tethered to my desk, for podcasting, and work calls. I needed something to use with my cellphone, a OnePlus 5.

My good friend Will mentioned that he’d bought some Xiaomi Redmi AirDots, and they were still on special offer, so I grabbed a pair. I paid £15.71 from Banggood on 10th July 2020 and they arrived a couple of weeks later on the 22nd July. This seemed to me like a bit of a bargain, and the shipping time from China was fine. 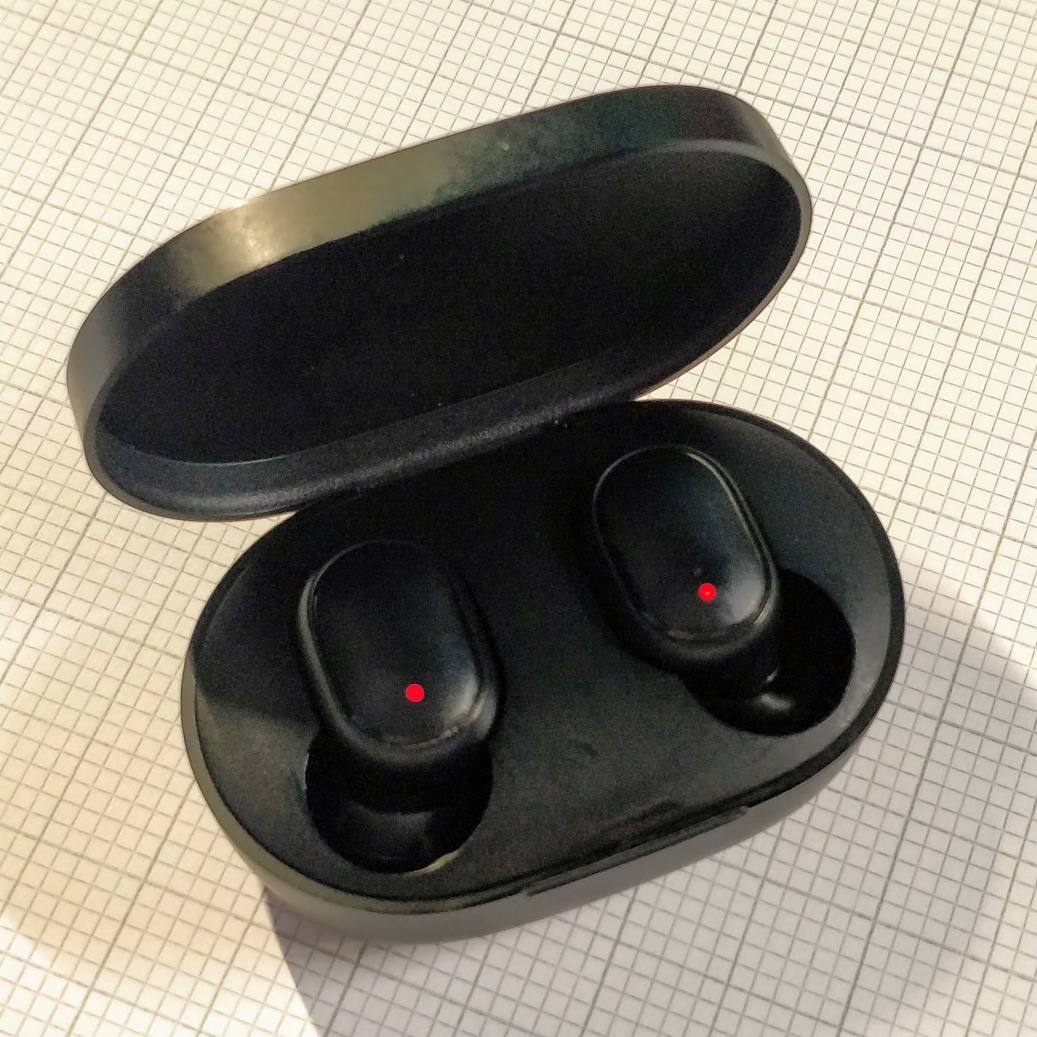 The headphones are in-ear type, with a battery-laden charging box. They aren’t hard to setup and use. Simply take them out and they power on and immediately connect to whichever device they’re paired with. I tend to have them paired with my OnePlus phone but have tested them on my desktop too. 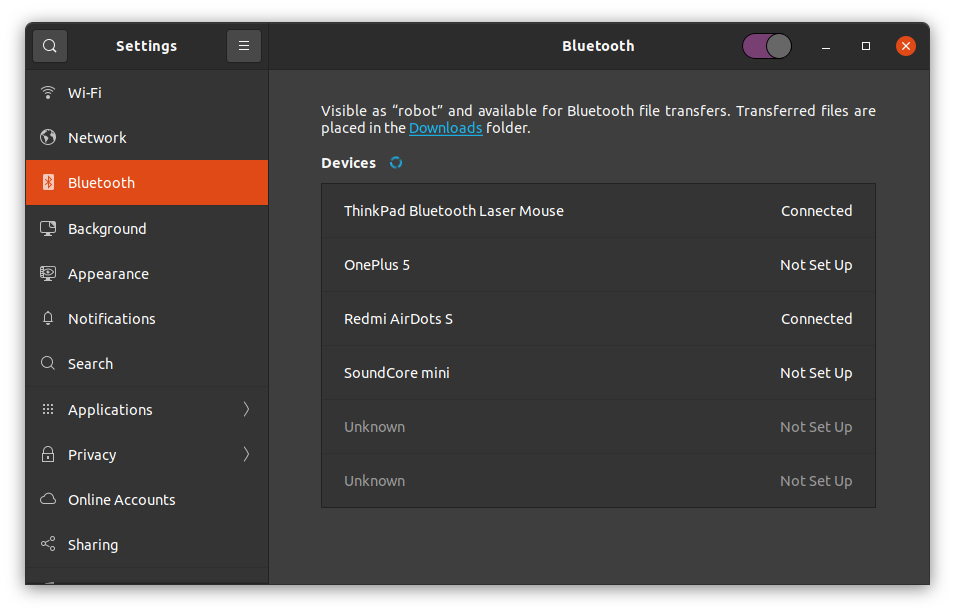 Once paired with the desktop they show up as a set of headphones like any other. 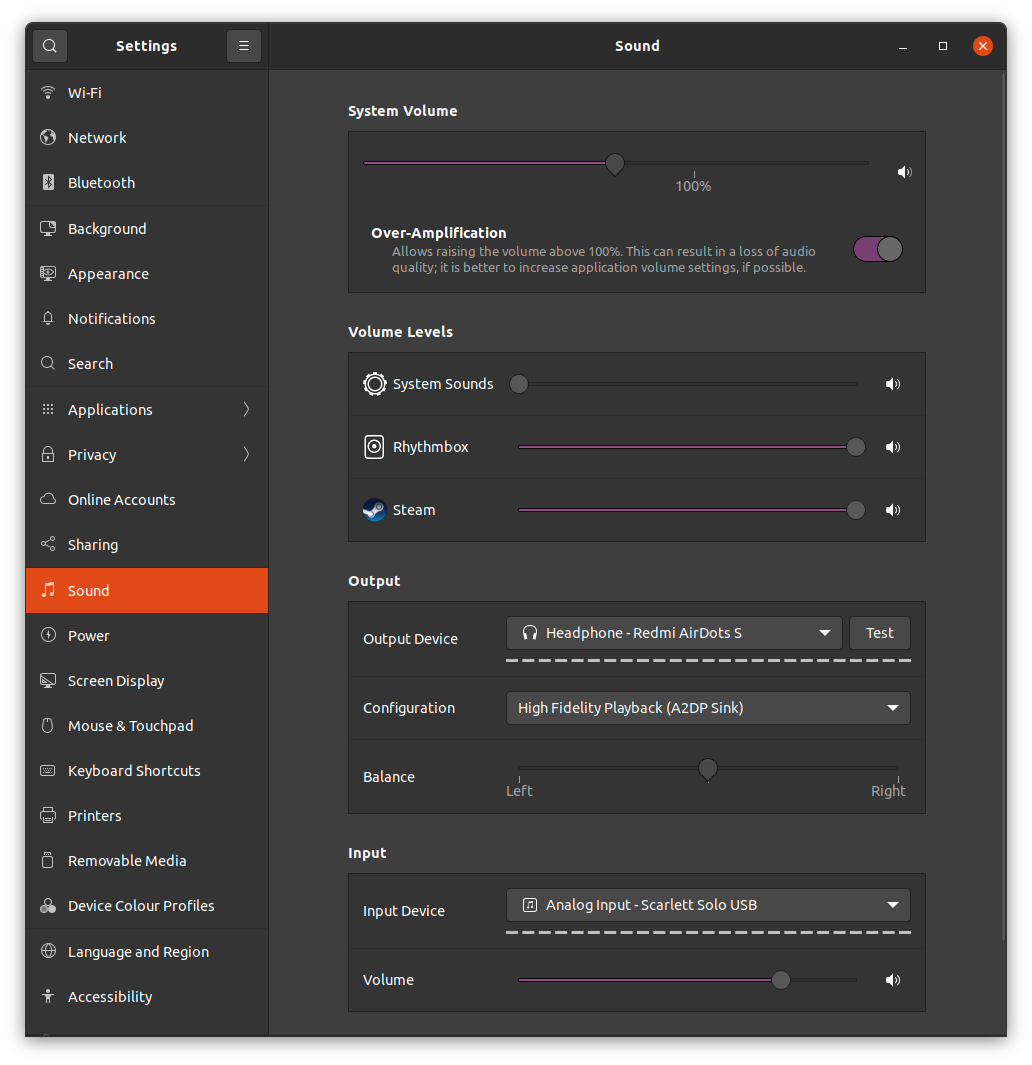 While they work on the desktop, I prefer to keep them just for my phone, so didn’t test the desktop use case that much.

One weird thing I did notice however, was that my bluetooth Mouse - an IBM ThinkPad branded one (of course) would sometimes behave erratically when the AirDots were connected and in use. It’s almost like the mouse (or operator) is drunk, but that can’t the case because both my mouse and I are doing Dry January. I didn’t investigate this much but it’s not the first time I’ve seen bluetooth devices get ‘laggy’ when BT headphones are in use. 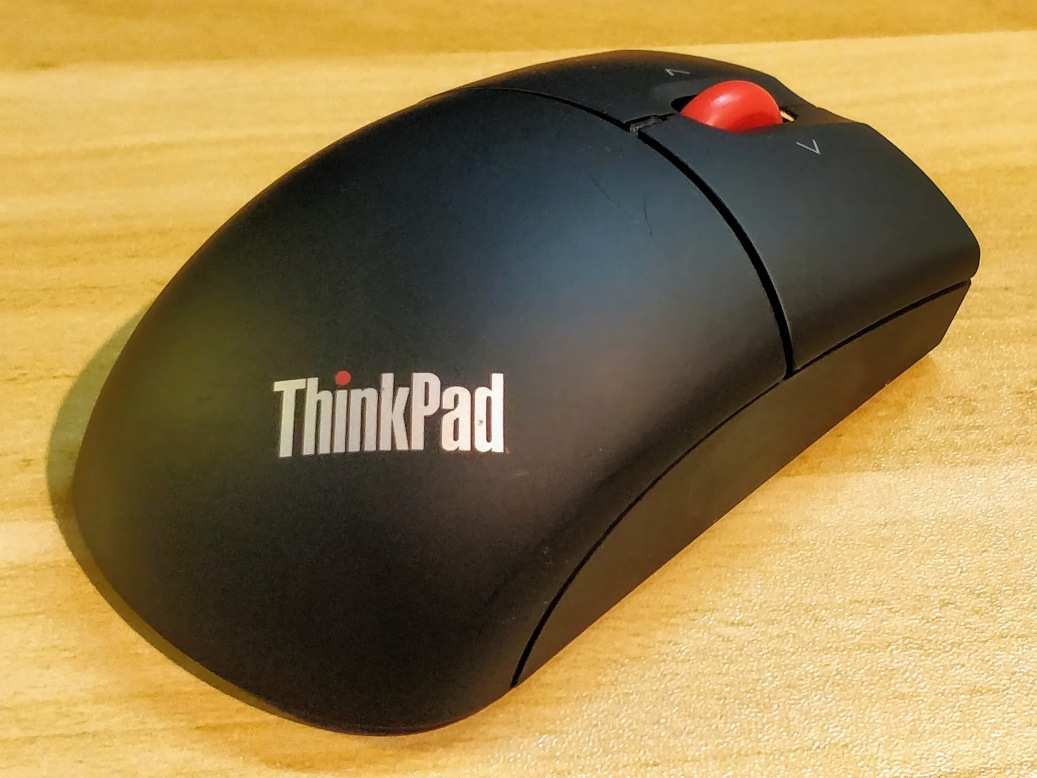 I bought these mostly for listening to podcasts while cooking. Previously I’d balance my phone on the extractor above the cooker. That way the speaker on the end of the phone fires at my face, and at sufficient volume drowns out cooking and chopping noises. But it’s not optimal. If I leave the room for a moment I may have to pause the phone with mucky hands or miss parts of the episode. With wireless headphones I can wander about freely - mostly.

I tend to leave the AirDots in their handy little plastic charge box, which is mostly attached to a USB cable which in turn is attached to my laptop docking station. In general, the box is always charged, so I know when the AirDots get low on juice, I can just drop them in the case and they’ll be able to recharge. Conveniently in Android I can see the charge level of the AirDots, so I can anticipate them dying in advance. 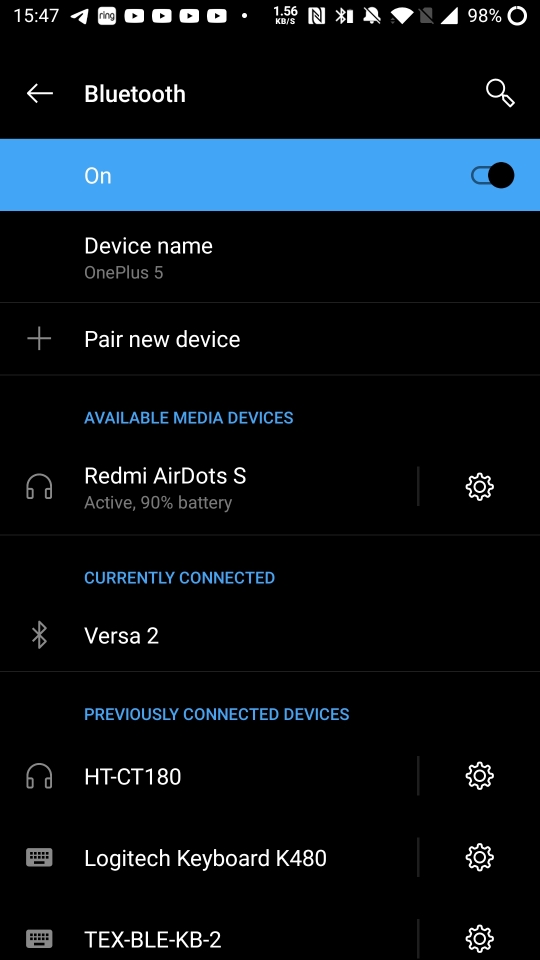 The sound quality is pretty good for the price. If I do listen to music, it’s better than just “okay”, although the midrange can be a little harsh. There’s certainly some bass, but that can get a little drowned out by the high midrange if you turn things up a little too much. As I said, I’m no audiophile and have very low expectations, and terrible hearing. I never have a problem hearing the voices in podcasts, even at 2x speed, they’re perfect for that.

I recently rediscovered audio books thanks to my Audible account. I also find myself going for walks a lot more since The Event, and can put those two things together. I listen to way fewer podcasts now, but prefer a bit of fiction in my earholes. My walks tend to last about an hour, which is well within the battery life of the AirDots.

However, the batteries in the AirDots seem to run low after a surprisingly short time. By the end of my hour-or-so walk, the AirDots seem to have trouble keeping a solid connection to the phone. They never fully disconnect, but can often cut out momentarily, which becomes distracting and spoils the flow of the book. The cuts happen repeatedly, like a poorly tuned radio, or scratched audio CD.

Interestingly I find this gets worse if the phone is in my jeans back pocket than if it’s in my front jacket pocket. Maybe after an hour the bluetooth signals can’t pass through my (somewhat chunky, somewhat dense) body? Also, I find they can cut out a bit just by turning my head to the side. I intentionally try not to rotate my head much, for fear of the audio cutting out. If we weren’t on lockdown with minimal traffic on the road, I think I’d be more likely to get run over wearing these things!

I can sometimes recover the situation by putting the AirDots back in the case, thus disconnecting them from the phone, and then re-start them, daddy-pig style. But that’s an inconvenient faff. If I went for longer walks, I’d probably get a little more irritated by this, and chuck them in the recycling.

As a result of the behaviour above, I am actually on the look-out for another set of wireless headphones, and will likely relegate the Xiaomi Redmi AirDots to “backup”. If you have any suggestions for better alternatives, which don’t break the bank, and work with an Android phone, I’m keen to hear it.

Finally, I have to mention something about the Banggood purchase experience. Once the sale is complete, unless otherwise specified, you’re on their marketing mailing list. Obviously that’s up to you whether that’s an option you’re interested in. I may have overlooked it, or not cared, because I started getting their mails.

The interesting part is that Banggood have a - shall we say - “wide and diverse” portfolio of products catering to “all tastes”. I think that’s about as tactful as I can get. Bluntly, you will get emails with sexytime products advertised to you. That may be your bag, or may not. Just putting it out there. They sell some “interesting” items. 😁