My loft is a treasure trove of old crap. For some reason I keep a bunch of aged useless junk up there. That includes the very first MP3 player I owned. 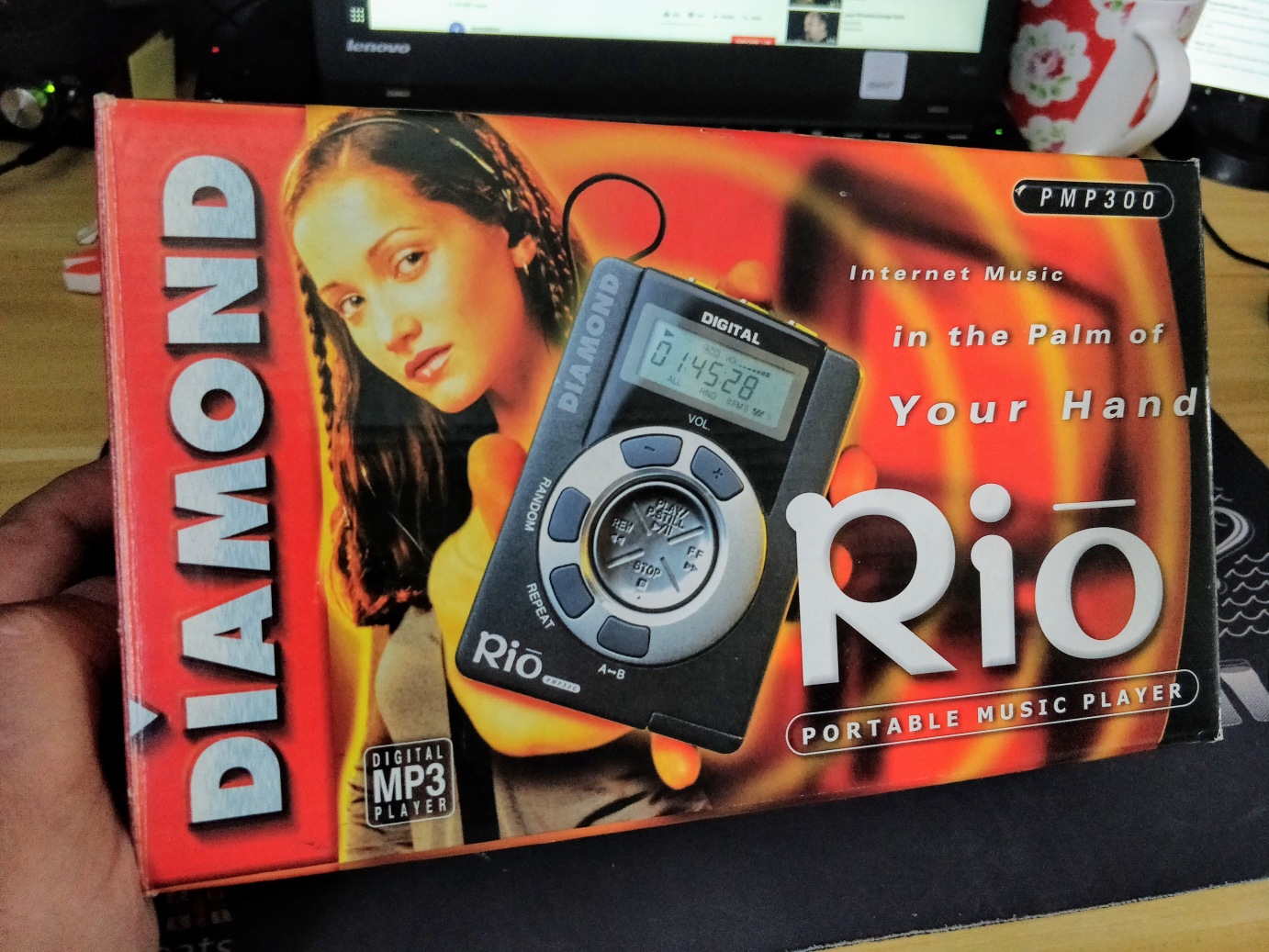 Here’s the player. It’s powered by a single AA battery for somewhere around 8 hours of playback. It’s got 32MB (yes, MegaBytes) of on-board storage. Which isn’t a tremendous amount for keeping all your favourite tracks on. There’s a small LCD display for showing track details, volume, battery status and so on.

The buttons were hard to press, not always registering until you push pretty hard. There’s a hold slider to prevent button presses in your pocket. Although it was more likely the battery door would pop open and puke out the power source in your pocket. 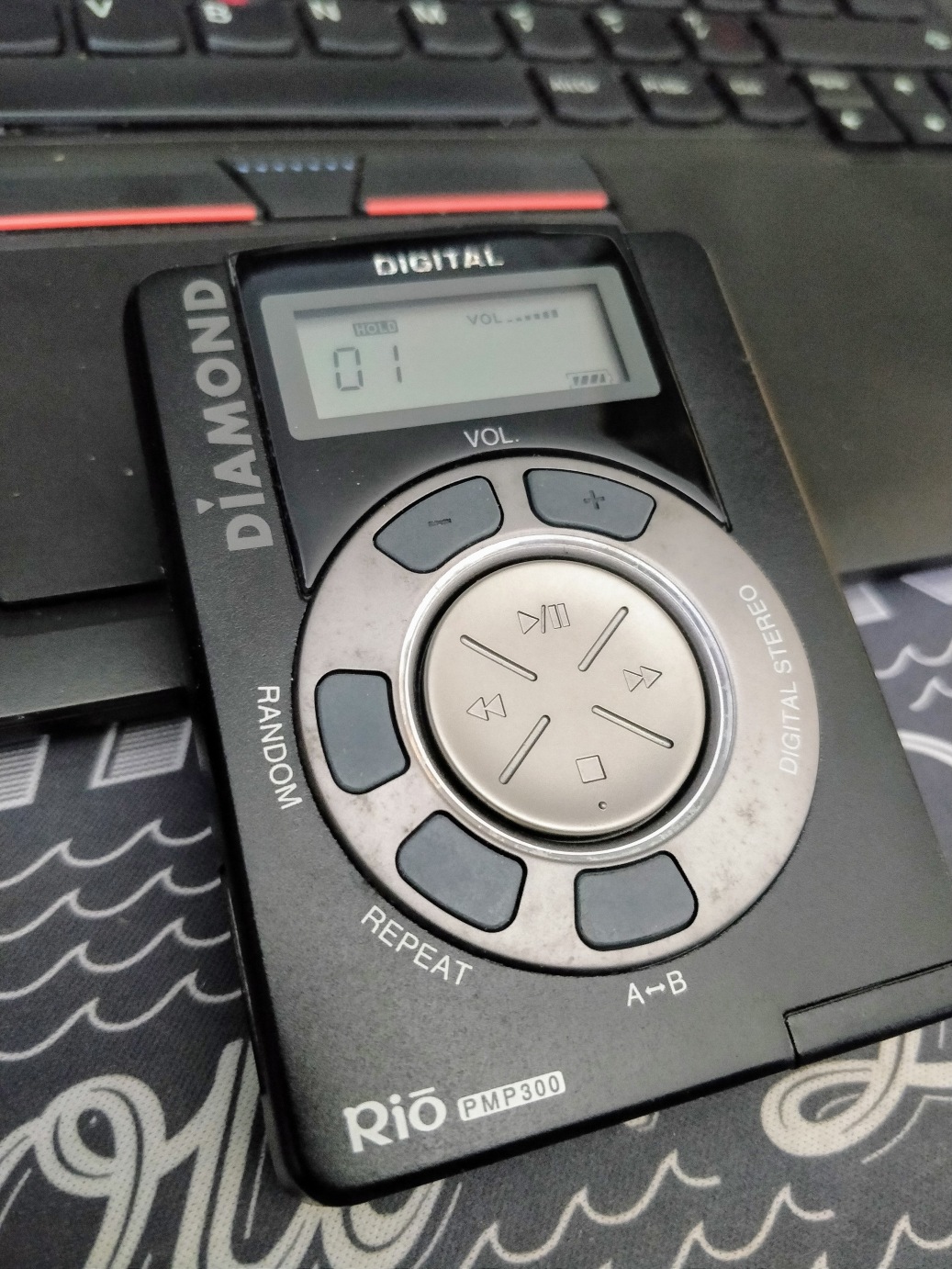 It came with a cable and parallel port adapter to squirt music onto it. There was some Windows only software which could be used to “manage” the music on the device. It was pretty slow and painful to use.

I bought this back in 1998 along with a couple of 16MB (wooo) SmartMedia cards to hold my (probably) dodgy downloaded music from eDonkey or Overnet or something. 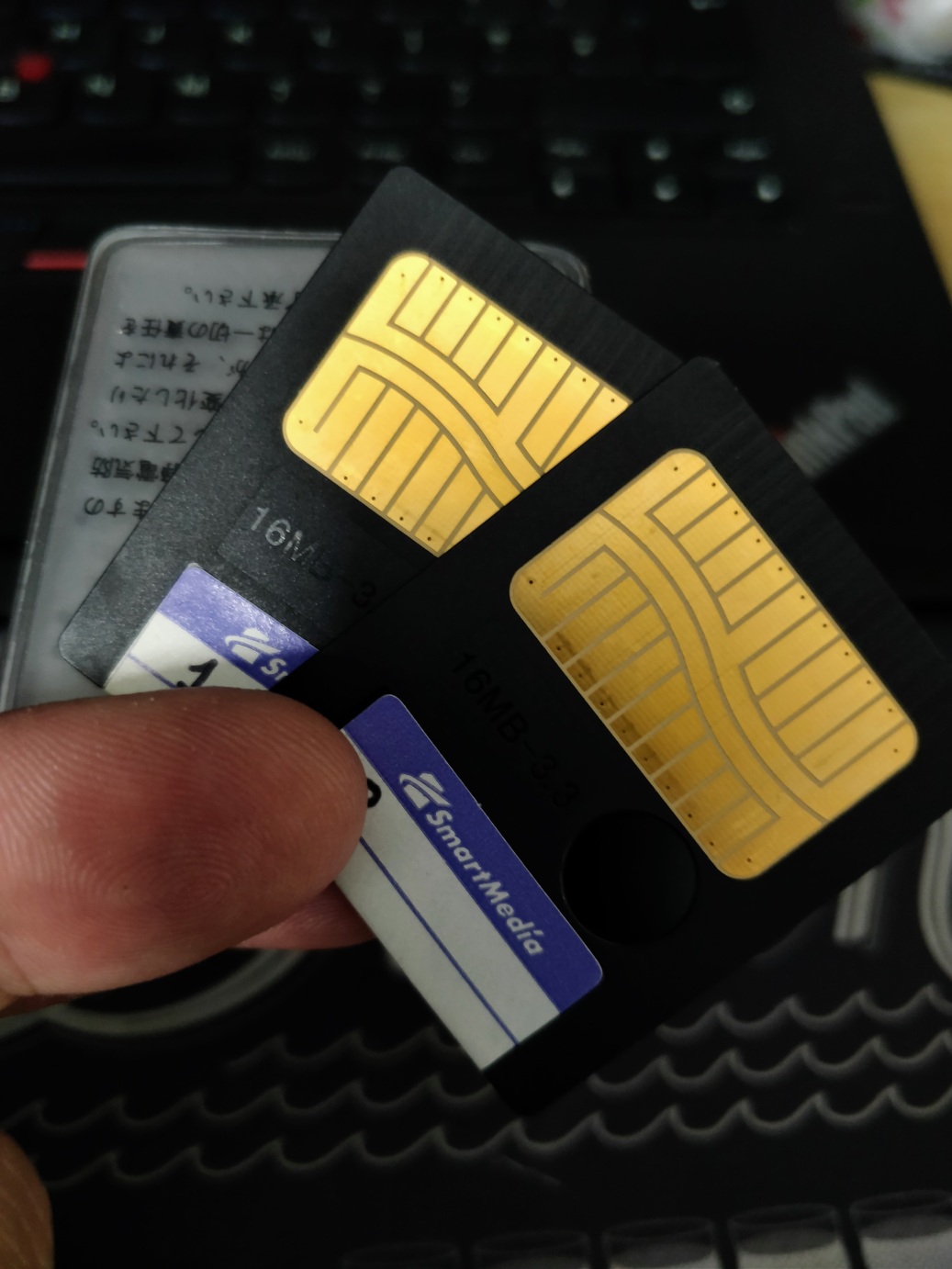 I stumbled on my player in the loft and dug it out to see if it still works. No reason to expect it wouldn’t, but you know how old things sometimes magically go pop when nobody looks at them for a few years.

Well, somewhat surprisingly, it works fine, playing bangin' tunes out via the courage port. I didn’t use the supplied terrible “headphones”, but went for something decent. The audio is passable, I suppose. 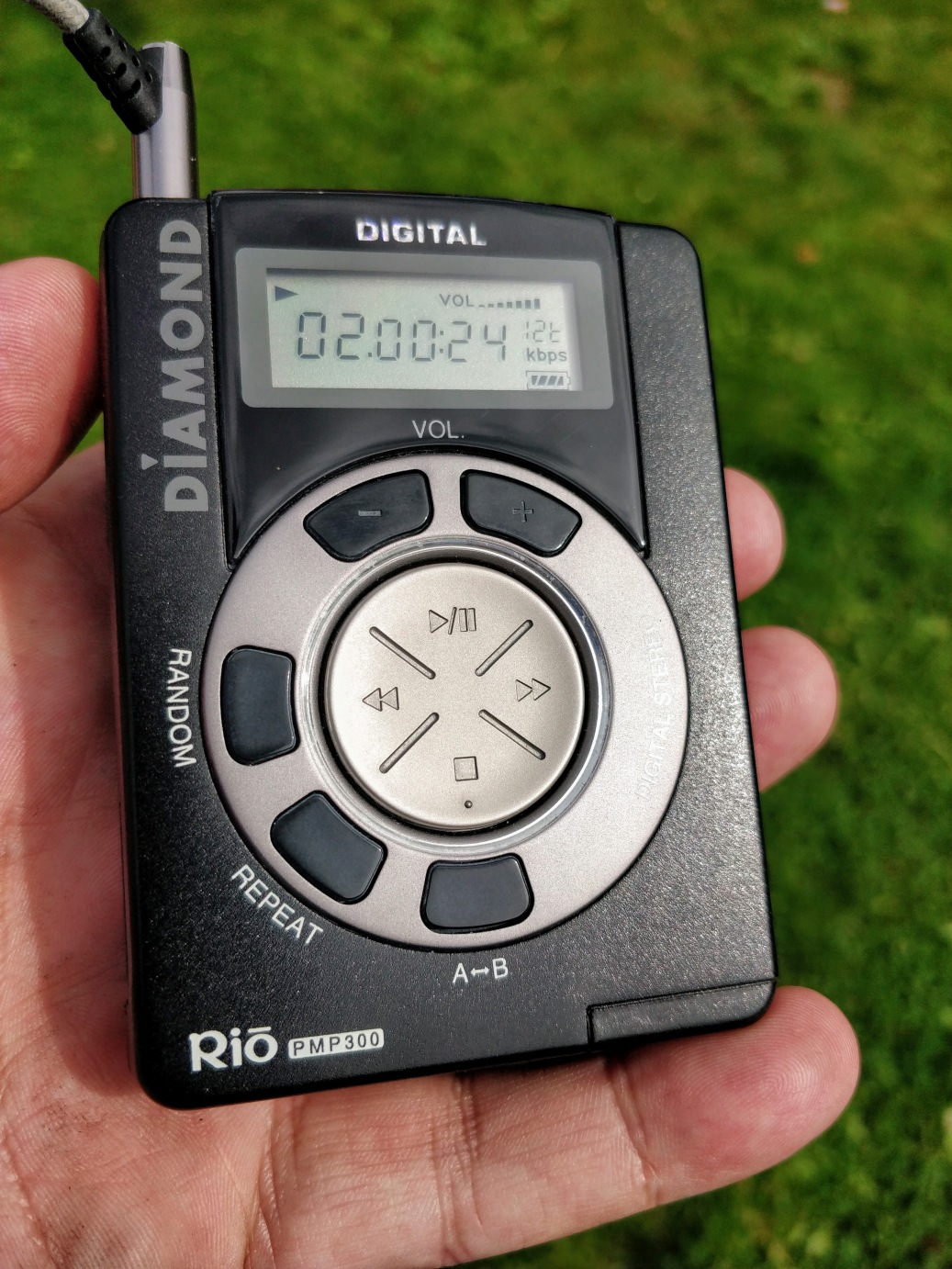 The other reason for digging it out was my curiosity to discover what music I was listening to back then. I made a little Spotify playlist with the six songs I found on the player, so I can listen in Spot, my favourite GTK Spotify client. 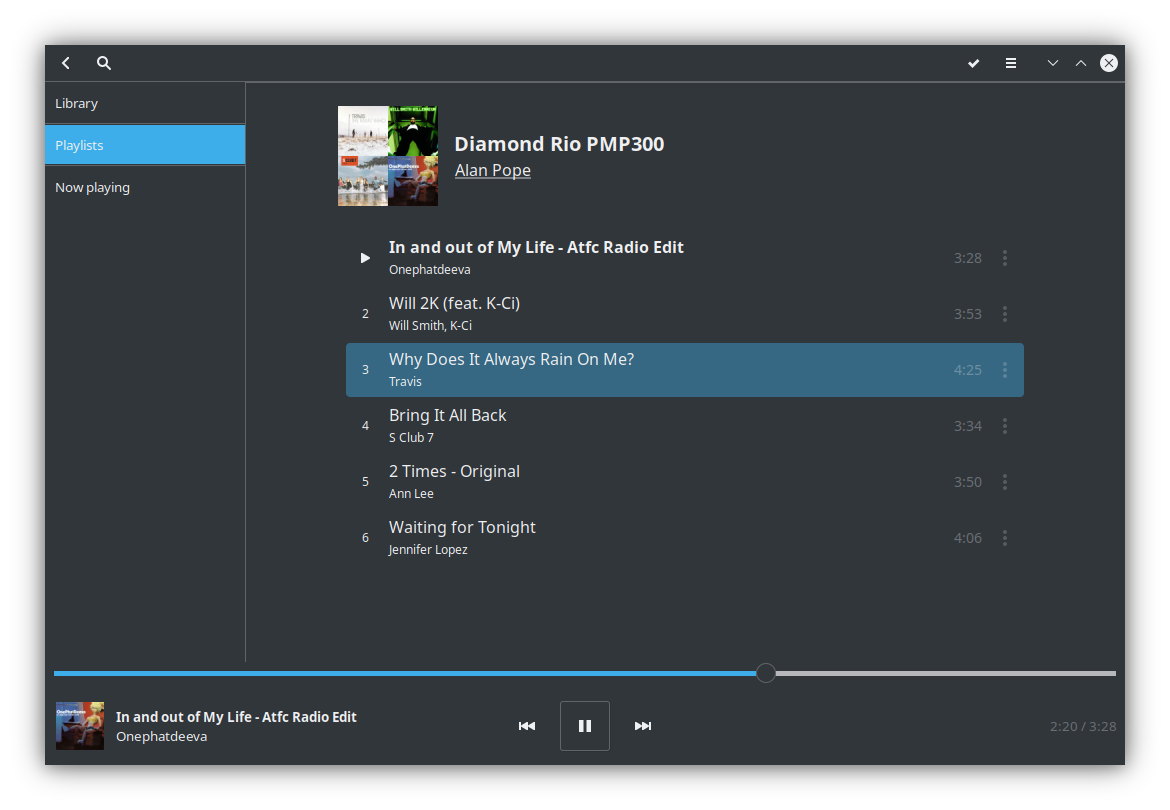 Yeah, I probably needn’t have bothered.

Back in the box with you, Rio! Time to sleep for another twenty years.