For a few years we’ve been performing a live version of an Ubuntu Podcast at FOSS Talk Live. This is a lively, nerdy, in-person Linux Podcast event at the Harrison Pub in London. A few shows are performed in front of a slightly drunk pub audience. We are but one troup of performers though, over the course of the evening.

The whole thing is organised by Joe Ressington and attended by our friends and/or/xor listeners. Joe has just announced over on episode 114 of Late Night Linux that we’re all doing it again! Go and listen to that show for a small amount of detail.

This year, myself, Mark and Martin will be joined by our good pal, and frequent show guest presenter, Stuart Langridge! As we’re borrowing him from his regular show Bad Voltage (which I am also on this coming week, ep 3x24 :D), Joe came up with the derivative name "Ubuntu Voltage" and it stuck. 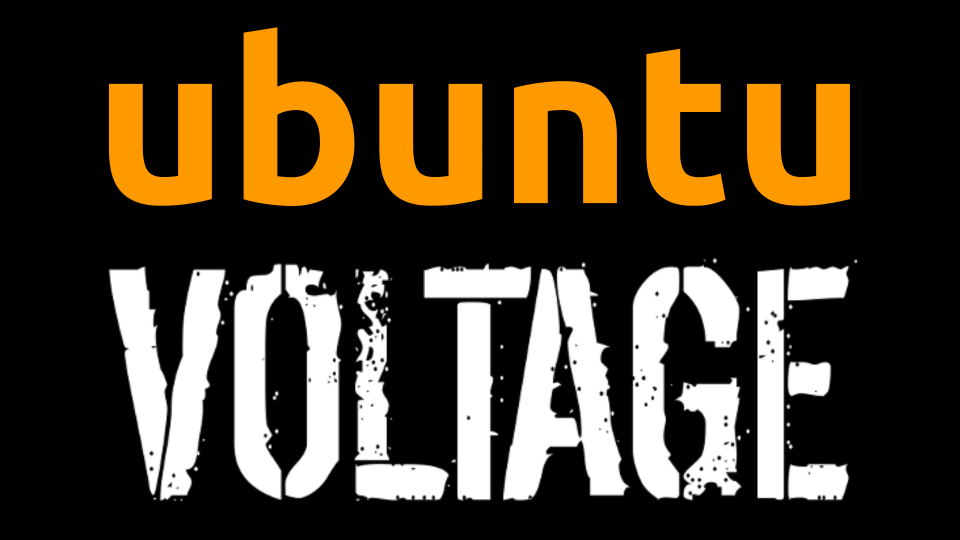 In past years we’ve recorded a traditional Ubuntu Podcast episode, other times we’ve mixed it up a little. At the last extravaganza, we were together in person for FOSS Talk Live 2019. We devised a fun contest between us where we’d each present our own software creations on stage. None of us had seen or knew what eachother developed before we showed it on stage. The “brief” was “Make a game using bash”. That’s it. It was super fun, and to whet your appetite , here’s the one we did in 2019.

Note that while Ubuntu Podcast is a 100% audio show, this was recorded with the intention of being in front of an audience.

It’ll be kinda like that again this year, but not in a pub, with bonus Stuart Langridge, and different content. So not quite like that, but similar, okay!