I run Ubuntu Hirsute - the development release which will become 21.04 - on a bunch of systems. It’s a trade-off though, getting the latest crack each and every day. Being at the bleeding edge of new packages landing means I can experience brand new shiny bugs on my systems. Bugs like 1915579 which rendered my system unbootable. Nobody wants to see this on boot: 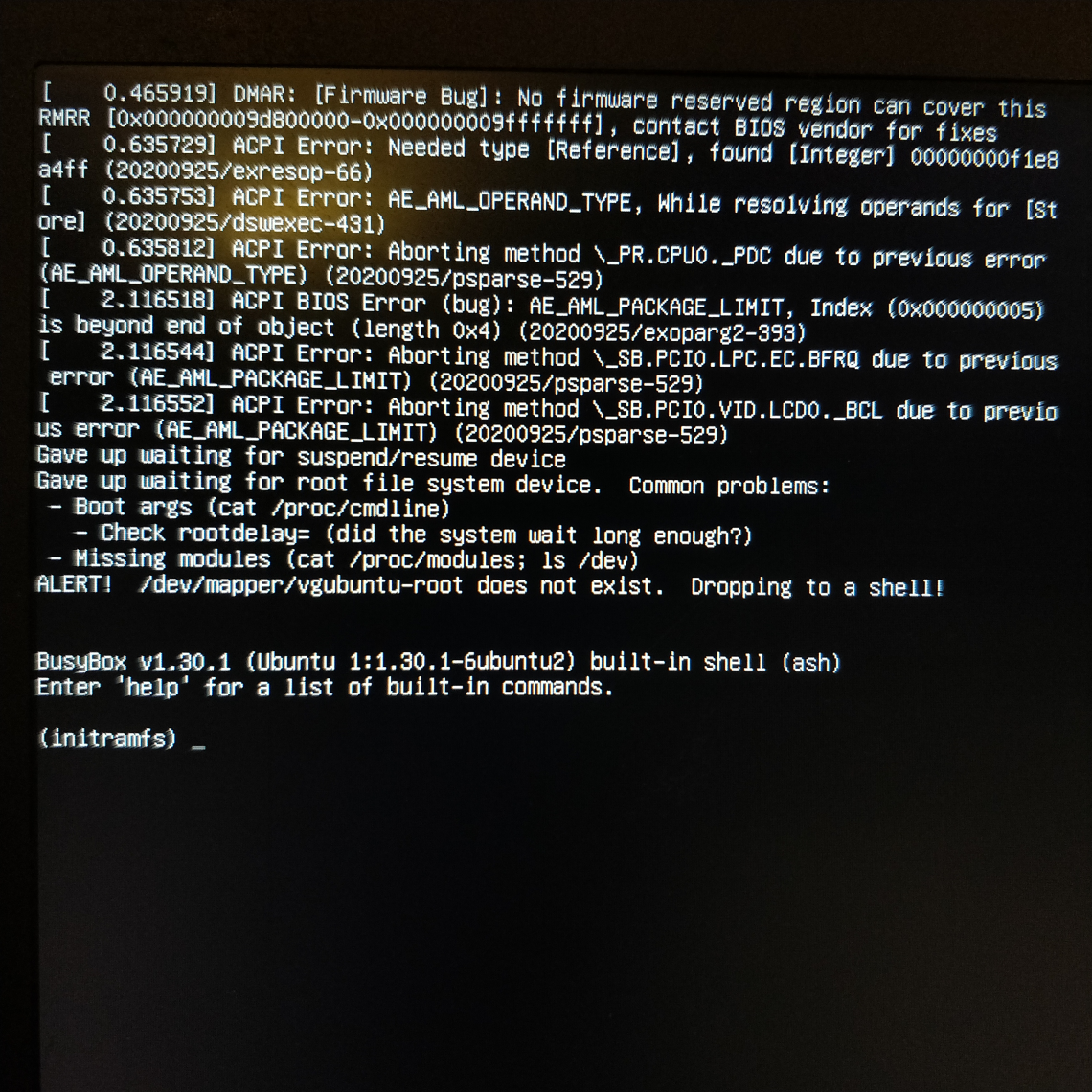 I had updated yesterday and clearly something went wrong. A colleague filed a bug as they’d seen the same thing recently. For them it was their primary machine so they nuked it from orbit. As I experienced the bug on my laptop, a secondary machine, I was fine with leaving it alone, in case I could get some debug information from it, or repair it. I confirmed the bug and went to bed, as it was getting late.

I woke to find ‘our’ bug had been marked as a duplicate of 1915579, along with a bunch of others. So it’s clear other people are affected. There was some discussion on IRC about it yesterday as developers worked quickly to undo the breakage before it hit more users.

Most Ubuntu users don’t actually run the latest development release, probably a tiny fraction of one percent in total. A bunch of us Canonical people do, clearly, and many community contributors and QA people do too. But it’s not really a good idea in general to run a production machine on a development release of Ubuntu. We are where we are though.

The bug came about because (for some reason) the /usr/share/initramfs-tools/hooks/lvm2 binary ended up not being executable. That’s a problem when you have LUKS full disk encrypted drive which leverages LVM. Thankfully a few helpful people contributed across the various duplicate bugs to provide instructions on how to fix the problem on an unbootable system. So here’s what I did. 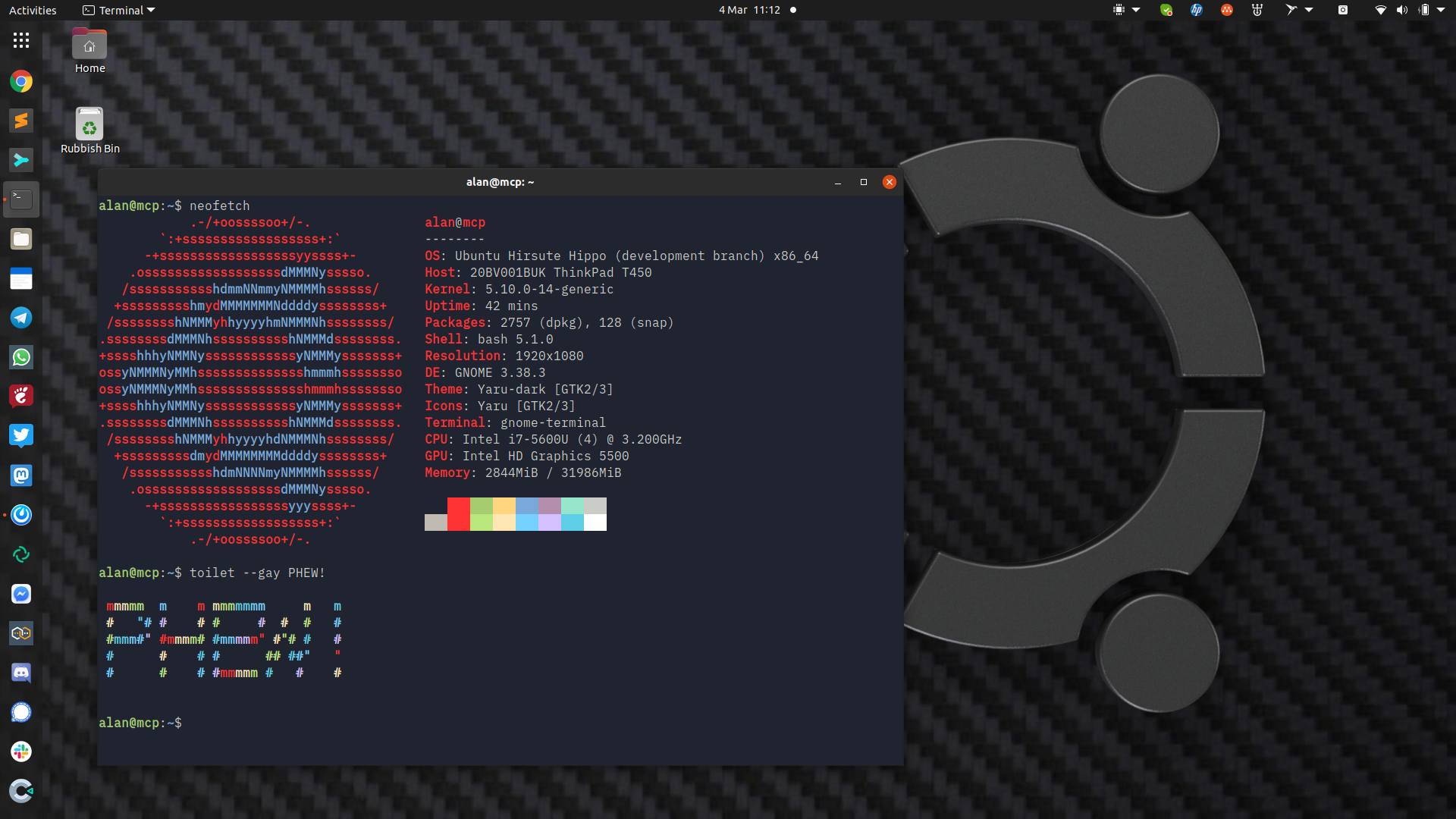 I’m not sure what checks need to be put in place to prevent this kind of thing happening again, because it really sucks to dump people at (initramfs) on boot - even if it is on a development release. We need to do better here!